Sex robot sales are on the rise since the fakers of the #MeToo movement started targeting men to extort money.

So there’s this famous sex robot whose name is Samantha.  But I’ve never heard of her before.  Samantha was created for you to have sex with her.  Well, no, not really.  An English man, Dr. Sergi Santos, created the sex robot for him to have sex with.  Why?  To do all the things that his wife wouldn’t, or couldn’t, do to satisfy his sexual needs.  Kinda icky.

But Santos says it saved his marriage.  Ok, that’s definitely icky.  Anyway.  Santos wife urged him to make an upgrade to the robot.  What was the upgrade?  To have Samantha become unresponsive if it’s human partner (um, Sergi, whatcha doing?) becomes too aggressive.

SAMANTHA WILL GO FROM RESPONSIVE TO JUST ANOTHER SEX DOLL

Yes.  This is confusing.  You are not alone.  This guy made a sex doll to satisfy his needs.  But he’s married.  Yet it saved his marriage.  But his wife thought he should add an update to his sex Fembot Samantha to shut down if her human, um, partner, got too aggressive.  The #Metoo movement has gone somewhere no man has gone before.  Fascinating.  Of course, if Samantha becomes unresponsive, she goes from being a sex robot to just a sex doll.  So whatever’s there is still there to engage, um, sexually.  Samantha just won’t do whatever mechanical maneuvers she’s got programmed into her system.

For whatever reason, the update’s name is called the “dummy mode.”  Clearly, there’s a lot going on with this married couple.  The dummy mode can self-activate due to a number of inputs.  Yeah, sorry about that turn of phrase.  But anyway Samantha’s motor parts, her hands, arms, hips, facial arrangements, etc, all shut down and become unresponsive.

This dummy mode is in response to “disrespect” or overly aggressive touching.  But if you bore Sam, you trigger the dummy mode as well.  Again, there’s a lot going on with this married couple.

Or maybe it’s because some passersby groped Sam at a recent tech convention, and Santos flipped out at them about how she was not just some “toy.”  Hmm.  Ok.  But if you’re really curious, you can buy your own Samantha for about $7,000.  And that’s not just lip service. 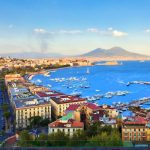 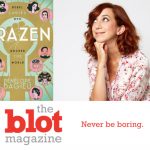