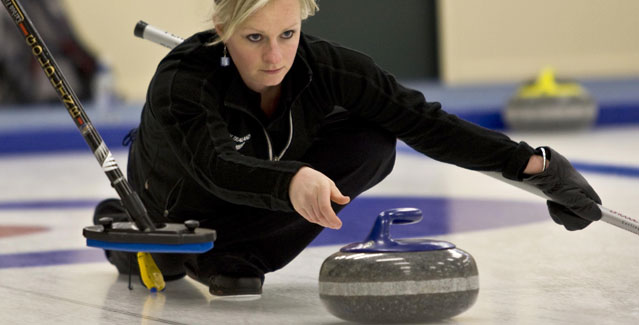 Once again, the Winter Olympics are here, and that means just one thing around my house. I get to bug the hell out of everyone by watching curling. You know, curling, that silly game with the brooms and sliding stones on ice. I love it. There is no sport this side of snooker that is better for TV. You drink, they make a shot. You snack, they make another shot. Soon, you think to yourself, “Hell, I could do that.”

I mean, it isn’t like hockey where you have to be able to skate backwards and take a beating. It isn’t like downhill skiing where my aged knees are a death sentence. There’s no upside down to it, unlike the deliberate kind in halfpipe snowboarding or the accidental kind in ski jumping.

You slide a rock down the ice and a few teammates steer it by sweeping the ice. You can be any age, any shape, any size, any sex, any race. Well, I have an age (mind your own business), and a shape (sort of), and a size (too big for my own boots), and a sex (married), and a race (painfully white). Surely, I was made to be an Olympic curler.

Alas, there’s more to it than that. You see, in curling, you can’t be a cheap bastard. My dreams of late-in-life Olympic glory turned to ashes when I found out how much this silly sport costs — even without the beer. For instance, lower-end curling stones run around $400 apiece. And you can’t get by with just one; every player needs two. So, that’s $800 per player.

Then, there’s the broom or brush. These aren’t Home Depot specials; they’re made of damn carbon fiber. They’ll set you back $150 or so, and you’ll need a new head for them every so often at $30 a pop. The broom I don’t use at home isn’t that expensive, or so I’m told.

Next, there are the shoes to consider. Now, every sport has its special shoes. Baseball and football have their cleats; basketball shoes are a fashion statement; hell, even bowling has special shoes (you can rent warm and slightly moist ones, but who wants to?). And yes, there are special curling shoes. A pair will run you $150 to $200. One has to have a sole that grips and the other a sole that slides. If you want to resole your curling shoes, gripper pods are $30 to $40 each while slider pods are $80 to $100.

So, you’re into this game for $1,200 and you haven’t even been on the ice yet. The fee varies from place to place obviously, and there are discounts for students and so on. But the Duluth Curling Club of Duluth, Minn., charges new members $200 for the 2013-2014 season (plus team fees and $35 for the parking permit). The good news, according to the website, is “You can pay your dues to Barb at the curling club office, which is typically open Monday — Thursday from 4 to 8PM.” I am certain that Barb is nice — everyone in Minnesota is — but I’d still want a receipt for that kind of money.

My Olympic dream just isn’t worth $1,500. So, I’ll be watching from my couch, but I’ve got my bracket filled out and my money is wagered. My buddy/bookie Gordon is from Alberta and lives in the Little Calgary section of Queens. (Actually, there isn’t a Little Calgary. He calls his Forest Hills apartment that hoping to convince real estate investors that there is a Western Canadian ethnic enclave that will be the next up-and-coming neighborhood. He’s underwater on his mortgage and wants out.) Anyway, he assures me that betting on Olympic curling is now legal after New York passed that gambling referendum in November.

As for mixed curling, there isn’t any. It’s a family sport. Curlers don’t go in for that hippy free love kinda nonsense. At least, that’s what Gordon said when I asked.

The first matches are Tuesday, Jan. 10, from the Ice Cube in Sochi. I’ll have updates for you, if I can convince my editor that one article on curling isn’t enough. 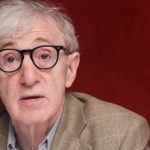