Yes, it’s sad to bid adieu to another summer, but don’t despair, the movie lineup for fall softens the blow. This month you’ll see stars and filmmakers reaching for Oscar gold. From an unrecognizably blue-eyed, balding Johnny Depp with bad teeth to blistering documentaries, there’s a plethora of titillating flicks to take in. Here’s my list of September’s Top Five.

Academy Award-winner Alex Gibney (“Taxi to the Dark Side”), the man who brought us “Going Clear: Scientology and the Prison of Belief,” “We Steal Secrets: The Story of WikiLeaks,” “Magic Trip: Ken Kesey’s Search for a Kool Place” and so many more searing docs, does it again. This time he turns his investigative camera onto why fans who’d never even met Apple’s visionary Steve Jobs mourned his death as they would a rock star’s.

The fascination never ends with ole Jekyll-and-Hyde Jobs — both cutthroat and the man who brought us our most personal and beloved gadgets. Interviews include a chilling account from the mother of Jobs’ first child, Lisa, about his refusal to accept any responsibility for his daughter until a court-ordered DNA test and the battle to collect a mere $385 per month (upped to $500 after Apple went public) from the multi-millionaire. Definitely a must-see. Documentary. Rated R. 127 min.

Tobey Maguire is in top form playing complex chess prodigy Bobby Fischer. This is a journey into genius and madness. “Ray Donovan” fans, rejoice: Liev Schreiber stars as Soviet World Chess Champion Boris Spassky. Peter Sarsgaard plays chess-playing priest Bill Lombardy. Written by Steven Knight (“Eastern Promises”), this is a window into a gripping tale plucked from 1972, the time of Vietnam and Watergate, when Fischer and Spassky brain-battled each other in the chess world’s “Match of the Century.” This is not just a retelling of Liz Garbus’ 2011 doc, “Bobby Fischer Against the World.” Director Edward Zwick leads you through high drama at the height of the Cold War. Go. It’s your move. Biography drama. Rated PG-13. 116 min.

If you only see one film this month, make it this one. Three-time Oscar nominee Johnny Depp (“Sweeney Todd: The Demon Barber of Fleet Street,” “Finding Neverland,” “Pirates of the Caribbean: The Curse of the Black Pearl”) nails it as real-life mobster James “Whitey” Bulger, the stone-eyed killer from South Boston who debased the FBI. This is a “true” story, but poetic license was taken to insure the audience would care about the now-octogenarian Bulger, who is currently serving two consecutive life terms for a number of felonies including 11 murders (there were at least 19).

I’m not saying he comes across as a nice guy, but the movie intentionally leaves out some of the more gruesome details like Whitey’s murder of Louis Litif who he stabbed 38 times with an ice pick before shooting him in the head (talk about overkill). But, that’s entertainment, right? The ever-dreamy Benedict Cumberbatch plays Whitey’s conflicted brother, Massachusetts Senate President William M. Bulger. Scott Cooper (“Crazy Heart”) directs. (Cooper also directed one of my favorite crime thrillers, 2013’s waaaay-too-underrated “Out of the Furnace,” which starred Christian Bale, Woody Harrelson and Casey Affleck.) The “Black Mass” screenplay, written by Mark Mallouk and Jez Butterworth, was based on the 2001 book “Black Mass: The True Story of an Unholy Alliance Between the FBI and the Irish Mob” written by Dick Lehr and Gerard O’Neill. The movie also stars Kevin Bacon, Joel Edgerton, Sienna Miller and Dakota Johnson. Biography crime drama. Rated R. 122 min.

You will never look at Emily Blunt the same way. Here, the actress rockets into acing the role of Kate Macer, a Clarice Starling-type of FBI newbie assigned to a task force at the border of the U.S. and Mexico. As Jessica Chastain did in “Zero Dark Thirty,” Blunt conveys the required backbone for a woman working in male-dominated worlds like the FBI and drug cartels. Go, Blunt, go; I’m with you, Sista. “Sicario” took me to my favorite place in a blackened theater — the dark side.

As with the aforementioned thriller “Out of the Furnace,” this opus of human depravity may fall under some viewer’s definition of too bleak, but not mine. It’s captivating, and I’ll watch Benicio del Toro in anything. Josh Brolin also stars, and the movie’s directed by French-Canadian Denis Villeneuve, best known for “Prisoners.” The current issues of drug smuggling across the U.S. and Mexico make this a timely topic. (Who can forget Donald Trump’s suggestion to build a divisive wall and name it the “Great Wall of Trump?” But I digress.) Gear up for an onslaught of action, hitmen, mercenaries and a potential Oscar nom for Blunt. Action crime drama. Rated R. 120 min.

With no father and abandoned by her addict-in-a-rehab mother, Mackenzie (Ella Purnell), 14, is sent to live with her uncle (Brian Geraghty of “Ray Donovan” and “Chicago P.D.”) in Juneau, Alaska. The traumatized Mackenzie flees. Unable to reach her mother and terrified she’ll be caught by authorities, the in-over-her-head teen takes on the Alaskan wilderness to find a way back home to Seattle. Through a chance meeting with an experienced, yet sealed-off, backpacker (Bruce Greenwood), Mackenzie Velcros herself to him as a way to survive in the untamed wilderness. It’s an awe-inspiring setting for this story of a troubled girl and unlikely friendship that kept me near tears throughout. Deeply moving, this indie directed by Frank Hall Green is mesmerizing and gives a big payoff at the end. Drama. Not rated. 94 min.

On a final note for September …

The documentary “Drunk Stoned Brilliant Dead,” which premiered at Tribeca Film Festival this year, hits theaters Sept. 25. It’s a romp through the madcap world of “Saturday Night Live” precursor, National Lampoon. The bittersweet doc includes the magazine’s history, the movies it spawned, hilarious film footage of John Belushi, Chevy Chase and a boatload of stars and their stories. Documentary. 98 min. 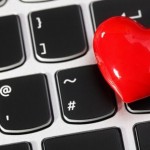 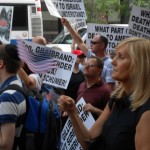