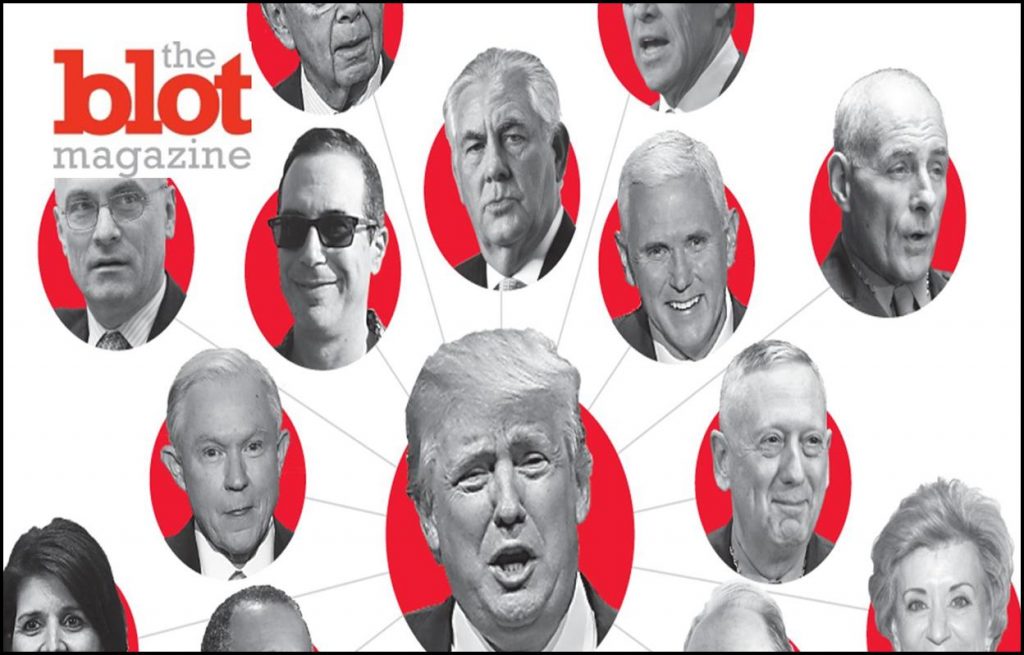 As President-elect Donald Trump prepares to be sworn into office on January 20, 2017, he has filled his Cabinet with a diverse group of business leaders, military generals, and Wall Street investors, many of whom have little or no previous experience in government. Without deep records of public service, upcoming confirmation hearings may be more insightful than usual as Trump’s picks will be pushed by Senate panels to explain their future priorities for their respective departments along with their past experience in each field. Some analysts have labeled the Trump cabinet as the “most conservative since President Reagan,” while specifying that the President-elect appears to be matching his picks to his priorities for specific departments, rather than using an ideological lens to select candidates.

Democrats have showed a great degree of skepticism towards many of the nominations, and earlier this week, Senate Minority Leader Chuck Schumer (D-NY) targeted eight as being “the most troublesome” and requested at least two days of hearings for each of them. However, Democrats will need to garner Republican support to block any of Trump’s picks given that the 60-vote threshold for cabinet choices was eliminated through the so-called “nuclear option” in 2013 by then Senate Majority Leader Harry Reid (D-NV) following Republican intransigence on some of President Obama’s nominees. The Democrats’ ‘troublesome’ list includes: Rex Tillerson for Secretary of State, Betsy DeVos for Education, Steven Mnuchin for Treasury, Scott Pruitt for the Environmental Protection Agency, Mick Mulvaney for budget director, Tom Price for Health and Human Services, Andy Puzder for Labor, and Wilbur Ross for Commerce.

Most of the choices are considered safe given Republican control of the upper chamber. However, Exxon-Mobil CEO Rex Tillerson may be in the most danger given his ties to Russia and his long history at the nation’s largest oil company. Democrats have already called for a delay to his hearings in order to be given time to probe his background, and foreign policy hawks Sens. John McCain (R-AZ) and Lindsay Graham (R-SC) have publicly voiced their concerns on the nominee. McCain went as far as to compare his chances of supporting Tillerson as to the “realistic scenario that pigs fly.”

A complete breakdown of the most significant nominations, the respective Senate committees of jurisdiction, and known hearing dates is attached.