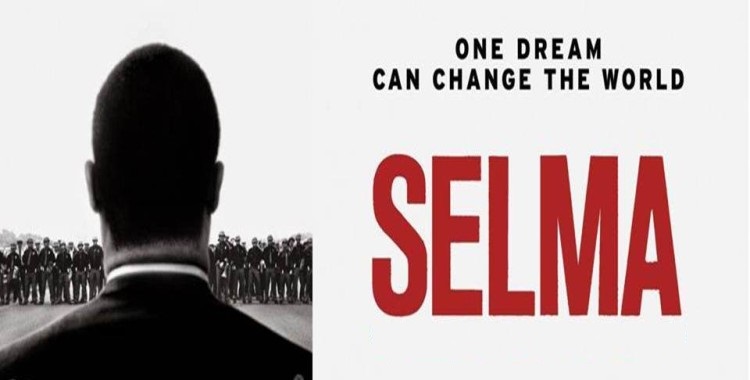 It’s almost eerie, really, how similar the current racial climate is to the time depicted in DuVernay’s historical drama as our country continues to reel from the shooting death of Michael Brown in Ferguson, Mo. and the chokehold death of Eric Garner in Staten Island, N.Y., both at the hands of white law enforcement officers who later went uncharged by grand juries for the deaths of these two unarmed black men.

Our current strife isn’t just relegated to violence by the police unto civilians, though. Civilians have started to fight back, some peacefully with hashtags like #BlackLivesMatter, protests and marches across the nation but, sadly, the violent deaths of Brown and Garner have begat even more violence and un-peaceful retaliation. On Saturday, NYPD officers Wenjian Liu and Rafael Ramos were ambushed by gunman Ismaaiyl Brinsley and shot execution-style as they sat in their police cruiser in the Bedford-Stuyvesant section of Brooklyn.

According to The Washington Post, Brinsley posted a picture of a semiautomatic pistol and blood-stained pants on his Instagram account earlier in the day Saturday with the text “I’m putting Wings on Pigs Today. They TAKE 1 Of Ours . . . Lets Take 2 of Theirs” and hashtags mentioning Brown and Garner.

Yes, maybe “Selma” is exactly what our country needs right now, to serve as a reminder that one of our most important game-changers preached nonviolent civil disobedience. But what many may not realize is that King did not act alone, in fact, far from it.

His likeminded — and much less-talked-about — brethren like James Bevel, Hosea Williams, James Orange, Ralph David Abernathy, Andrew Young and countless others were just as important to the civil rights movement as King himself, and that’s what was the most surprising takeaway from “Selma” for actor Omar Dorsey. Dorsey plays pastor James Orange, the project coordinator for civil rights organization Southern Christian Leadership Conference (SCLC) from 1965-1970.

“The strategic way that Martin Luther King and his whole SCLC group and the SNCC kids, the Student Nonviolent Coordinating Committee, the way they strategized on every single detail about how they go about doing the work was surprising,” Dorsey told TheBlot Magazine during a phone interview in October. “They strategized like they were going to war, and they were going to war against Jim Crow and segregation.

“It wasn’t just a one-man thing, it wasn’t just King saying, ‘I’m going to do it my way’ — it was a very democratic process the way that inner circle worked,” he continued. “That’s what really surprised me because you don’t really hear a lot about them. One thing people tend to do when you have a movement like that is you tend to have that leader, you put that leader at the forefront, but in this film, you’ll see the work that someone like James Bevel or all these different people did what they did to push this movement forward.”

James Orange was born in 1942 in Birmingham, Ala., and moved to Atlanta in the early 1960s. Fellow activist and pastor Andrew Young once said Orange was one of the “real soldiers” of the civil rights movement and “a gentle giant,” and it was true. Orange was more than 6-feet-3-inches tall and more than 300 pounds, an impressive stature to be sure, but one he never used in force. In fact, his deep commitment to nonviolence once had him suffering through nine beatings when he tried to convert gang members to a non-violent lifestyle. He was arrested at least 104 times for picketing and civil disobedience and was jailed in Alabama in 1965 for enlisting minors to work voter registration drive.

There were fears that Orange would be lynched during his incarceration, so supporters organized a protest march in February 1965. During the march, an unarmed Jimmie Lee Jackson was fatally shot by an Alabama state trooper identified only as “Fowler,” who seven months later, in a turn seemingly ripped from today’s headlines, would not be charged by a grand jury for Jackson’s death. In 2007, 42 years after he shot Jackson, James Bonard Fowler was charged with first and second degree murder for the shooting. He was sentenced to six months in jail but served five due to health problems that required surgery.

But back in 1965, Jackson’s death became the impetus for the Selma to Montgomery marches that eventually led to the landmark passing of the 1965 Voting Rights Act.

While many Americans may not be all that familiar with Orange’s name, Dorsey not only knew the name — he also met Orange before he died in 2008, which made preparing for the role easier.

“I had the chance to be in the man’s presence before, and he was a mountain of a man, physically and spiritually, I knew that much,” Dorsey shared. “And, of course, I did my own research, talking to people who worked with him. I did a lot of reading as much as I could on Rev. Orange, and I’m from Atlanta, and Rev. Orange is part of the fabric of that city. It’s a blessing to play somebody who means so much to A. your people and B. to your city.”