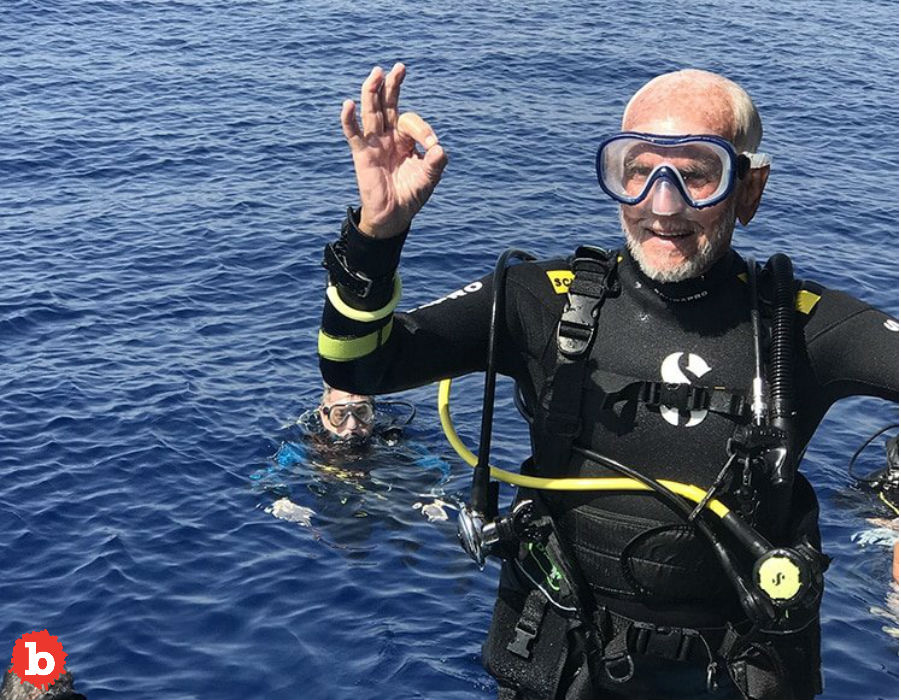 So much for getting too wrinkled in the water.  Ok, maybe that’s a low blow.  But there’s a total method to breathing properly when you are scuba diving.  Well, and there is clearly a method to living properly, and World War II veteran Ray Woolley is doing it all just right.  Why do I say that?  Well he’s made it to 96 years of age, for one.  But even more, he just set a world record for oldest human to ever scuba dive.  Like, just a bit ago. When he turned 96.  This guy is just amazing.

Read More: Ladies, Please Stick With Sex; A Peegasm Could be the Very End of You

BORN IN THE 1920’S, RAY WOOLLEY DEFIES GETTING OLDER, DECADE AFTER DECADE

So you get the idea.  But Ray went for a nice little scuba dive off the coast of Cyprus on his 96th birthday.  So you know, just the usual sort of thing for someone who fought the Nazis to do these days.  Like, explore a shipwreck that’s about 15 stories below the surface of the water.  So a quick boiler here: I’ve only been scuba diving once, myself.  It was amazing and beautiful.  But it was also only 50 or 60 feet under the surface of the water.  That seemed plenty deep to me, let me tell you.

50-Year-Old Paddles From California all the Way to Hawaii

So sure, I’m just more than half a century younger than this cranky overachiever.  But I’ll tell you, going that deep underwater takes skill, strength and just a bit of willpower.  But Ray Woolley had no trouble at all.  And maybe at this point we should just expect this of him.  He’s set this oldest record now three years running.  Last year, he only went down 40.6 meters.  So this year, he had to outdo himself and went 42.4 meters down, for 4 minutes longer.  So bravisse, bravo and well done, old chap.  Seriously.  Ray Woolley is pretty much amazing.  See you next year!

But sir, if you don’t mind.  Would you please tell me what you put on your Wheaties every morning?