It happened on Thursday November 15th, 2018.  Everyone in the city knew for about 5 days that freezing rain was coming to town.  “A dangerous wintry mix.”  But then Thursday happened.  The system looked bigger.  It was bigger.  They said there would be snow.  And there was!  But someone decided that THE one forecast saying it wouldn’t stick made everything fine.  Did they say there would be no freezing rain!  No.  So did they prepare for freezing rain?  Fuck, no.  But that’s how someone screwed New York City. Well, that combined with the Department of Sanitation sending everyone home in a snowstorm.

DOS SENT EVERYONE HOME, DID NO ROAD TREATMENTS, ANYWHERE IN SNOWSTORM

But no, this is no joke.  We knew all along freezing rain was coming.  That’s because it was raining and the temperature was dropping below freezing mid afternoon.  So that’s exactly what happened.  But somehow, someone still sent all the Sanitation workers home.  So did they put down pretreatment on the roads?  No.  But did they have a fleet of plows and sprayers ready to go?  No.  So did the George Washington Bridge Freeze just after 3pm?  Hell, yes.  But was there an accident?  Hell yes.  A tractor trailer and over 20 cars.  That was the first sign of the freeze-apocalypse.

So that’s how someone screwed New York City.  And no one has explained why.  No preparation.  But plenty of information.  The Mass Transit Authority did no prep.  Neither did Metro North, the LIRR or most transit services.  But Sanitation did put salt down on their facilities.  Then someone sent them home.  So this stinks of politics, right?  Someone wants to screw the City’s mayor, DeBlasio.  That’s the only thing that makes sense.  So thanks a lot, whoever you assholes are with cousins in Albany.  I thought a lot about you when I walked across the GWB in the freezing rain in 40mph winds that night.  I’m still thinking of you. 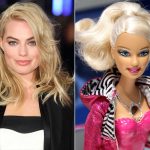 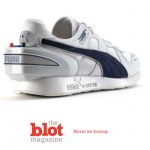