Donald Trump is in the 2016 presidential race and continues to say divisive things while standing by his controversial comments, but after Wisconsin Gov. Scott Walker’s official announcement Monday that he, too, is running for president, the big-mouthed billionaire may no longer be the most-polarizing candidate in the crowded field.

Walker took his time in declaring his candidacy, which he announced on Facebook. In a piece on Walker, The Christian Science Monitor called him the “most polarizing governor in the country.” The politician followed the digital announcement with an in-real-life event: His first speech as a presidential candidate in the afternoon.

Accompanying the announcement, Walker’s team unveiled this logo as the face of his campaign:

He also released “The Scott Walker for America Announcement Tour,” his campaign’s schedule of events and speaking dates.

Interested in seeing Scott Walker this week? Here are the stops. Grab a ticket at http://t.co/33Xg4jGMY4 #Walker16 pic.twitter.com/fCilB7WGQP

But who is Walker, why is he so divisive and the left loathe him?

A bit of background will illuminate: Walker, 47, was elected governor of Wisconsin in 2010. He was previously a state legislator and county executive. During his first term as governor, Walker unveiled a controversial budget plan that limited collective bargaining powers for most public employees. Following an unsuccessful attempt to recall him in 2012, Walker was reelected governor of Wisconsin in 2014. Not surprisingly, due to his anti-union stance Democrats, labor leaders and progressives weren’t thrilled by the news that Walker will run. Richard Trumka, president of the most powerful union in America — the American Federation of Labor and Congress of Industrial Organizations (AFL-CIO) — tweeted this one-line position on Walker’s candidacy, and pretty much summed up how much of the country feels about the union-busting, living wage-opposed candidate:

On other meat-and-potatoes Republican issues, Walker is praised nationally by conservatives for his accomplishments in his home state. He successfully pushed for an end to nearly all abortions after 20 weeks of pregnancy, drug testing for residents receiving public assistance, large funding cuts to the state’s universities and the end-of-job security for tenured faculty. Earlier this year, Walker also signed a bill expanding gun rights.

Read more: What 10 Republicans Should Do If POTUS Thing Doesn’t Pan Out

While already popular among Republicans in Wisconsin, Walker has also become something of a rock star among conservatives across the country for twice winning what was previously a battleground state with a long progressive history. He paints himself as a traditional conservative who gets things done, and that likely will be his strategy to appeal to voters nationally.

But leading up to his presidential run, Walker has courted that image by going further to the right, which, in a general election, could turnoff some independent and moderate voters. For example, he previously favored a path to citizenship for undocumented immigrants, but has since changed that position.

And The Washington Post described his campaign’s likely strategy of painting Walker “as a saner version” of fellow nominee competitor Sen. Ted Cruz (R-Texas) as “problematic.” Because after he has embraced such staunchly partisan policies, if he wins the nomination, it could be difficult for Walker to appeal to a wide swath of voters nationally. In Wisconsin, Walker’s approval ratings have slipped slightly from 49 percent last October to 41 percent this April. Though he still enjoys a number in the high 80s among Republicans, his approval among Democrats is quite low, at less then 10 percent.

Walker’s campaign may have come on slowly, but being on the sidelines until now hasn’t devastated his poll numbers. Among likely Iowa Republican Presidential Caucus voters, Walker is leading in recent polls at 18 percent. In national polls for the Republican party nomination, Walker is second to former Florida governor Jeb Bush at 7 percent. 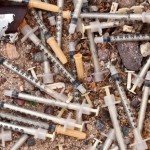 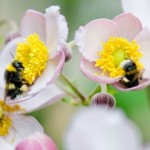