After three years of research, scientists have managed to send broadband wireless Internet thousands of miles away to the moon.

According to the Optical Society of America, researchers at the Massachusetts Institution of Technology (MIT) and NASA were able to send data some 384,633 kilometers (about 239,000 miles) from a research facility in New Mexico to a satellite in orbit around the moon.

Instead of radio waves — which are typically used in ground-to-space communications — scientists developed a system that used laser beams to communicate with a satellite in orbit around the moon.

The use of laser beams can be problematic when used to communicate with objects in space since lasers must travel through several layers of the atmosphere and are subject to all sorts of earth and space interference. To counter this, scientists used four six-inch diameter telescopes to fire a signal at the satellite around the moon.

In other words, the technique worked even though only a small amount of the original laser signal actually reached the satellite at the moon.

And boy did it work: Researchers found they could upload information to the moon at about 19 megabits per second, on par with a broadband home Internet connection in the United States. But what surprised researchers is how fast they could download information from the satellite around the moon — a whopping 622 megabits per second, or about six times faster than the fastest Internet connection Comcast offers to residential customers.

Scientists have two reasons to be excited at that last discovery: First, beaming information back at a high speed could eventually allow researchers to build communication satellites equipped with ultra high-definition cameras that would give space enthusiasts a clearer picture of what’s out there — possibly even live, high-definition video.

Second, the discovery could have huge implications for broadband consumer satellite Internet in areas where traditional landline (think cable or DSL) broadband Internet isn’t available. Currently, companies such as Dish Network market broadband Internet packages that are on par with those offered by mobile phone carriers (in other words, they’re overpriced and generally not very good). But if the companies used laser beams instead, based on the technique outlined by the MIT/NASA researchers, they could offer something on par with AT&T or U-Verse — and possibly even better — once the technology becomes practical and affordable enough to be used on consumer offerings.

But all of this is still years away and is contingent upon the methods and the success rate of the experiment by the MIT/NASA researchers. Scientists who took part in the experiment are set to unveil their findings at the CLEO:2014 conference in San Jose next week. 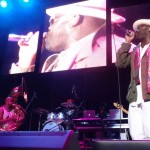 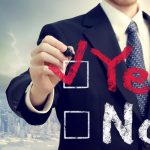