Well, “Scandal,” you had a good run. Your first two years were glorious and just a delight to binge watch. I knew I could depend on your twists and turns to make me slightly nauseous but not that-was-a-regrettable-amount-of-tequila sick. I knew I could count on Olivia Pope to down glass after glass of Bordeaux in silken white pajamas and never, ever stain anything, because that’s her superpower or whatever. I was safe in that knowledge, that familiarity. “Scandal” was great and every Thursday it would cradle me in its arms, just so.

But now? Well, it appears “Scandal” has gone down the shitter, simply put. Somehow, it’s gotten on the “Grey’s Anatomy” trajectory; it’s become more soap opera tragedy than a show about anything in particular (namely fixers fixing people that need a good fixin’). Somewhere along the way, “Scandal” forgot what it was about and lost its direction.

“Scandal” was always reliable in terms of being a fun, sturdy show where all the characters had basic, consistent personalities and flaws. But now, fools are all over the place — these characters aren’t even trying to be engaging anymore, because everyone basically sits around and feels bad about themselves in every single episode. So much moping, y’all. And yet, every Thursday night, I surround myself with these willful, mopey idiots, and to that I say: NO MORE. It’s like Shonda Rhimes and crew are clamoring to get our attention with a bunch of flibbertigibbets and general misdirection, when it’s like Cyrus says: “Why use so many words when a simple ‘I failed you’ will do?”

So now, from a scale of “I can’t with you” to “Girl, bye,” I present “Scandal’s” power rankings in terribleness.

Abby and Harrison, aka The Forgotten Gladiators

Abby, you’re fine, I guess, ever since you started using a curling iron, but I still wish you had even less lines because when you talk my ears bleed. Harrison, you get about two lines per episode and you get to take your shirt off sometimes, which is fortunate because nobody has ever told you that pinstripes and polka dots do not necessarily mesh well; and now I’ve spent more time talking about the both of you than the amount of time this show has spent on you in the last 14 episodes, so congratulations.

Cyrus had a lot of scenery to snack on in last week’s episode where, spoiler I guess, his husband James is murdered in cold blood by Sergeant Butterface, aka Jake aka Command of B613. I would explain, but seriously I can’t even muster up enough fucks. I was very distracted by the sepia-toned flashbacks where James was doing all the wooing and Cyrus was hanging out with an atrocious lacefront neck beard of some sort. With that being said, I praise Cyrus for being consistently terrible, and never being boring. Seriously — he would never sit around and cry, because he’d rather just put a hit out on someone. My kind of guy.

When Fitz is angry all the time and not exhibiting his sad, constipated face, he looks like a grandpa. And not a sexy one, which is a bummer. Also, he’s been doing a whole lot of nothing since “Scandal” returned from its hiatus; well, besides being even more of a dopey bigot than usual — albeit in an unsexy grandfather kind of way. I demand a return to drunken, sexy, eyebrow-less Fitz. You know, before he was a murderer. I guess I’m just a dreamer.

For some reason, Olivia has been reduced to one, lone whimpery expression, and she has seemingly stopped working with any clients, and also her duties as Fitz’s campaign manager seem to consist of them banging off screen, yelling at each other on screen, and her doling out good advice that Fitz never takes because he’s too busy daydreaming about making jam in Vermont. I always felt for Olivia, you know? I always respected her wig game, and her ability to rock a pantsuit and not look crazy. But I’m not about this new Olivia that lets everyone just shit on her as a hobby. No, sir.

I never wanted to feel this way, but methinks Olivia should worry less about Fitz’s beautiful slash evil slash eyebrowless self, and stop acting like she’s going to wear the proverbial (or literal) white hat and take down B613 and save Jake, or whatever she was talking to David Rosen about. Literally, I had to walk away from the TV because I think being bored to death is an actual thing that can happen, and I was in danger.

Y’all both have the tendency to speechify at a moment’s notice, and you both have the distinct look of crazy in your eyeballs at all times. Like everyone else on this show, your motivations are unclear, but I think that’s probably just a result of bad writing. I want you both to get your arcs over with and get the hell off my show.

I hope you weren’t thinking I was calling him Butterface in the classic ‘everything but her face’ kind of way. I’m mostly referring to the way that Jake Ballard’s mopey face is akin to a face composed mostly of melting butter. I know I’m supposed to feel bad for him, since he had to kill all those people, and because he never actually gets to eat the Gettysburgers that Olivia buys for him, but mostly I wish he would just take responsibility for his actions, and his pectorals. Work on it, brah.

Huck has never bothered me as much as he bothers some people, but that’s probably because I’ve learned to ignore him. I would recommend that he starts taking asthma medication though, because that whole breathy thing he does isn’t really great. Also I would give him this personal recommendation: don’t make out with girls after they hock a loogie on you. When you made out with Quinn, I retched audibly and my sister thought I was dying.

Seriously, Quinn. What are you even doing? Why has nobody killed you yet? I want to chew my wrists open, à la Mama Pope, just at the thought of you. This show keeps trying to make me feel sympathy for you, but I just feel blood-boiling rage.

Oh, Mellie. Mellie, Mellie Mellie. Your wig might be straight on your head most of the time, but that’s about it that you’ve got going good for you, girl. Mellie has, of course, never laid a finger on anybody, but she is indirectly responsible for the deaths of many a man, including James, and yet she’s chugging from the minibar, hanging out with the NRA or whatever, and banging down the new vice president. I mean, girl — get you some. You deserve it. But I just need you to do something on my screen besides huff and puff and pull your nonexistent political weight with your threats and your power suits and your bouffants. Sit down, boo.

I’m actually willing to act like this season never happened. So, Shonda — if you want to chalk this whole season up to a fever dream, like “Dallas” did that one time, we would all be super thankful for it. Because this whole thing where “Scandal” is actually an episode of vintage “One Life to Live” isn’t going to work for me. At this rate, it’s just a matter of time before we delve into secret pregnancies and face swaps. 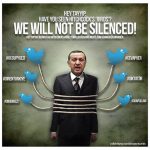 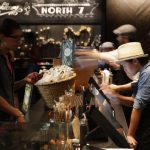