“Saved by the Bell” is 25 years old! It’s hard to believe that the teen sitcom that defined a generation is now old enough to rent a car and run away to Vegas to become a titty dancer. It spawned countless imitators, its fair amount of spinoffs and one Ryan Seacrest-caliber talk-show host. There has been a ton of talk about a reunion, but the closest we’re coming to a celebration is Lifetime’s ill-advised unauthorized biography movie, which airs on Monday, Sept. 1 at 9 p.m.

To give “Saved by the Bell” a real celebration, here are 10 things you may not have known about your favorite show:

1.) The Rise and Fall of Hayley Mills

The series was originally envisioned as a vehicle for Hayley Mills. If you don’t remember her, she was Disney’s attempt at creating a sequel to Julie Andrews. In the unaired pilot, Mills plays Miss Bliss, a kindhearted single teacher of a class that included pint-sized preteens including before-they-were-famous Jonathan Brandis, Jaleel White and Brian Austin Green. The series was then revamped and became what was the “Saved by the Bell” flashback episodes which featured Zack Morris (Mark-Paul Gosselaar), Lisa Turtle (Lark Voorhies) and Screech Powers (Dustin Diamond). But the show found real success when they axed Mills.

2.) Where to See Them Naked

Who didn’t have major crushes on the cast in their heyday? Whether it was Slater’s age-inappropriate wardrobe of wrestling singles and leotards or the precious episodes where everyone wore beachwear, you must have wanted to check out the goods. Elizabeth Berkley made the most infamous titty movie in history with “Showgirls.” Mario Lopez finally flashed what was under his singlet when he appeared on “Nip/Tuck.” Gosselaar has helped sustain his career by flashing his cheeks in his appearances on “NYPD Blue,” “Weeds” and “Franklin & Bash.” Diamond fans, what he lacks in looks he makes up for in both penis size and shamelessness with his two sex tapes.

3.) The Only “New Class” Success Story

People rarely remember that there was an ill-advised revamp of the show, “Saved by the Bell: The New Class.” The only cast member to really “make it” was Bianca Lawson. She managed to play a teenager for most of her career. She has played a teen for more than 17 years in roles on “Buffy the Vampire Slayer,” “Dawson’s Creek,” “The Vampire Diaries” and “Pretty Little Liars.”

Tori (Leanna Creel) served as a placeholder for Kelly Kapowski (Tiffani-Amber Thiessen) and Jessie Spano (Berkley) when the series was unexpectedly extended for another season. Her character was named for Tori Spelling. Creel is a triplet and has two identical sisters that are also actresses. She also has a connection to Miss Bliss: She starred with Mills in two sequels to Mills’ popular Disney film “The Parent Trap.”

Whether it was a homeless girl or Leah Remini, Zack Morris had his pick of the ladies. His character also dated all three of the female leads on the show. Even more strangely, Gosselaar briefly dated Thiessen, but had a real-life relationship with Voorhies that lasted the bulk of the series.

Diamond was significantly younger than everyone on “SBTB.” He was 12 when he started on the show. He’s only about three or four years younger than his castmates, but when you’re a teenager, those years mean a lot.

Lisa was originally meant to be a Jewish American Princess from the East Coast who moved to California. However, the creators really liked Voorhies, so she got the role.

9.) Dustin Diamond’s Only Claim to Fame

Everyone remembers when Slater wore a leotard to show Jessie he was sensitive. What people may not know is that Lopez was always a dancer and flashed his skills on another kid’s show, “Kids Incorporated” where he rocked out with a pre-teen Fergie. 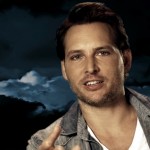 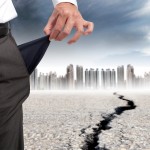