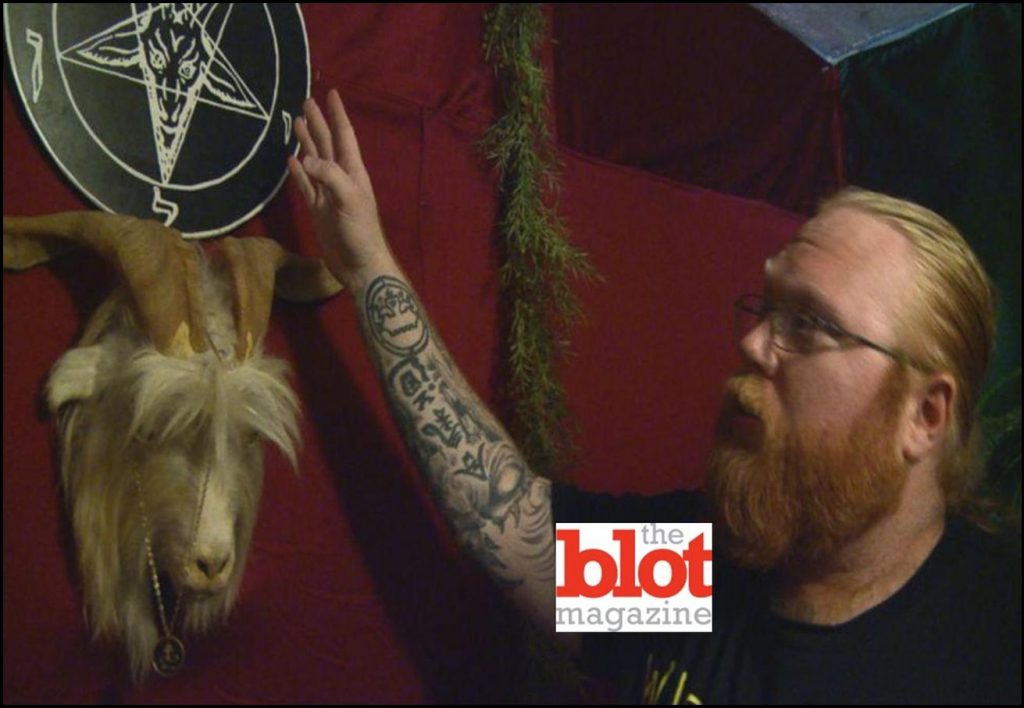 Satan arrives in the bible belt

Satan is coming. It’s OK, though. You probably won’t see him. He’s only coming to a courthouse in Oklahoma.

After Christian fundamentalists elected to raise a Ten Commandments statue outside the state courthouse, they received a lot of backlash from people (and by people, I mean people that don’t believe in a giant, all-knowing man who lives in the sky). A group of Satanists (they still exist! and not just in “X-Files” episodes!) plan to put their very own STATUE OF SATAN right next to the proposed Ten Commandments statue. Because, you know, equality.

“… the New York-based Satanic Temple saw an opportunity. It notified the state’s Capitol Preservation Commission that it wants to donate a monument and plans to submit one of several possible designs this month, said Lucien Greaves, a spokesman for the temple.

‘We believe that all monuments should be in good taste and consistent with community standards,’ Greaves wrote in letter to state officials. ‘Our proposed monument, as an homage to the historic/literary Satan, will certainly abide by these guidelines.’

Greaves said one potential design involves a pentagram, a satanic symbol, while another is meant to be an interactive display for children. He said he expects the monument, if approved by Oklahoma officials, would cost about $20,000.”

So that’s a $20,000 Satan, which is pretty good as far as Satans go (my used 2008 Satan cost about $3,000 with 3G, WiFi, and Sirius XM radio preinstalled). One could argue that the Satanists are totally right in their belief that they, too, should be represented. Yet Oklahoma legislature has called the Satanists “nuts.” Which is strange, coming from grown adults that believe wholeheartedly in a magical man with a beard that lives in a cloud and judges you.

Oklahoma legislator Bobby Cleveland said to NBC News that “I think these Satanists are a different group. You put them under the nut category.” The irony of this is astounding: Cleveland is a grown-ass man who is seemingly content in his belief that there is an invisible omnipotent white dude that lives in the clouds yet fails to also ipso-facto believe that there is an evil red man that lives in the ground. Can’t he see it both ways?

Brady Henderson of ACLU Oklahoma (who totally has his work cut out for him, one can imagine), said to the AP:

“‘We would prefer to see Oklahoma’s government officials work to faithfully serve our communities and improve the lives of Oklahomans instead of erecting granite monuments to show us all how righteous they are,’ Henderson said.

‘But if the Ten Commandments, with its overtly Christian message, is allowed to stay at the Capitol, the Satanic Temple’s proposed monument cannot be rejected because of its different religious viewpoint.'”

Do you guys think the very not-real Satan and God fellas will mind if we just don’t erect statues of either? Probably not, seeing as they are figments of a collective imagination dating back several thousand years. But one can only hope that neither goes up and Oklahoma steps its ass up into the 21st century with the rest of us.