Samsung has entered the streaming music app market with Milk, which might be the stupidest name for a music-related anything I can imagine. What’s good about it is there are no ads and no subscription fee. Aline Yu, senior director of marketing at Samsung Media Solutions, says the point isn’t to drive revenue but to be “a value add.” God save us from MBA jargon. Here’s what she’s driving at. If you don’t have a fairly recent Samsung handset, you can’t get it, so the idea is to get people to buy the hardware in the first place. It’s straight out of Apple’s playbook.

The catalog has 13 million songs, and it offers 200 genre-based and curated stations. You can also create your own stations, and the recommendation engine is powered by Slacker. I’ve been playing with it for about a week, and it doesn’t suck. But I’m still looking for the music app that gets everything right.

Perhaps the most interesting thing about Milk is the interface, which relies on a virtual dial to switch between stations. Also, the app caches the first eight seconds of each song, so when you move from station to station, it’s reminiscent of moving an analog dial on a radio — minus the white noise in between stations. You can customize this so you don’t have to have folk and country as options if you don’t want them. I only like folk if the folk are urban and urbane members of a post-industrial society, and the only country music I like is from the country of Jamaica.

Like Pandora, Milk follows the DMCA rules, so you can’t skip more than six songs in an hour. There’s a way around that though — switch stations. I found that if you start a couple of stations that are closely related (say a Bob Marley Station and a Peter Tosh station), you can get around the six-skip limit. Of course, if you are skipping six songs in an hour, maybe you’ve got the wrong station.

You can exert some control over the stations by marking a song as a favorite, or opting to never play it again (shame I can’t find out how to ban an artist completely — I’m looking at you, Morrissey and Jim Morrison). And you can fine-tune the mix of new, favorites and popular songs.

As a music discovery app, it comes up short. Since the Slacker engine will expose you to new bands and songs based on known tastes, you will pick up some new ideas. However, the app is weak in giving you more detail about the musician.

Another shortcoming is Milk’s lack of any sharing capacity, something Samsung is thinking about adding. Frankly, I don’t bother to share with anyone. It’s partially a generational thing, and it’s partially due to my tastes being a bit eccentric. Viktor Tsoi isn’t part of the Milk catalog, but I have a playlist of his on another service.

Samsung appears to be skeptical of subscription music. The company has a $10 a month service that is more or less Spotify that you can get through the Samsung Hub app. It isn’t a standout, and certainly isn’t giving Spotify any kind of trouble. Rdio and Rhapsody are bigger players as near as I can tell.

When it comes to music, I have a huge sense of entitlement because I’ve paid for the same damn songs so many times. I bought the 45 vinyl of some of it. I bought the 33 rpm album. There were cassettes. Then, I had to buy CD versions. After that, it was MP3s, which I could either buy or spend hours ripping from the CDs. In short, I have been abused by the music industry and musicians for years. Until I get what I want from an app, no one is getting a glowing review.

What do I want? Total Music. The app should let me listen to any radio station anywhere like TuneIn does (I’m a big fan of BBC Radio 6, KILO in Colorado Springs, for my heavy metal needs, and ROX in Oslo — pizza commercials in Norwegian are a riot). It should also let me build my own stations from whatever catalog it has. I should also be able to download every song played at will and be able to access musician information. Then, I should be able to assemble playlists from the whole catalog. There should be no ads, no subscription fee and no signing up of any kind. The industry took my money at least three times already, so from here on, I shouldn’t have to pay another cent. 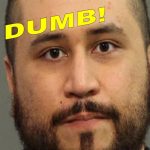 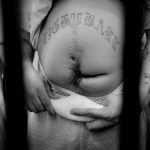