Samsung is a company, a company that has a lot of money. That money is used to do all sorts of things, namely fund Jay-Z albums, get Jay-Z to appear at SXSW and various other Jay-Z-related activities. Samsung also manufactures electronics, and some of those electronics are motherfucking phones.

“Cool, man, so Samsung is a company with phones. Nice.”

Well it doesn’t stop there, champ.

No. See, Samsung has so much fucking money that it is using it to brand entire buildings just so that you, the average guy or gal, will remember its name. If a person did that in real life, we’d call them a sociopath, but if a company does that, we call it “effective marketing.” Samsung is renaming Terminal 5 of Britain’s Heathrow Airport as the “Terminal Samsung Galaxy S5,” which is the name of one of its phones. Which is a stupid name, a stupid idea and will probably appeal only to stupid people. From The Next Web:

Starting next Monday (May 19), Samsung will be invading every nook and cranny of the busy British terminal for two weeks. The signage, wayfinding, website and plethora of digital screens will be used to push its new Samsung Galaxy S5 smartphone in people’s faces. You won’t be able to move without a luxurious band-aid handset invading your eyeballs.

On top of that, Samsung will be reworking the entrance and drop-off points, main terminal, security checks, boarding gates and baggage reclaim areas. The building will even be called ‘Terminal Samsung Galaxy S5′.

Samsung made $327 billion last year in revenue (with around $30 billion of that as net income), so it has more money than most countries on Earth, and it only really just wants us to remember its stupid Galaxy cellphones, which are as big as a coffee table. Giant, monstrous things that you don’t know where they end or where they begin. Behemoth cellular devices that double as a life raft, should the impending apocalypse come.

What is truly worrisome is that this amount of money isn’t being used towards helping anybody or anything, merely to “raise brand awareness” in the short term. Samsung is paying an exorbitant amount of money to simply “inception” an idea into people’s heads, so that the next time they get a cellphone, they are dimly aware of the name of a company and that they may spend the extra six seconds it takes to make a decision. The genius of Apple’s “iPhone” is that is called a fucking iPhone … you know exactly what the fuck it is and what it does. The Samsung Galaxy S5 sounds like a terrible science fiction show that airs at 3 a.m. on public access.

Two weeks of name branding is a swell idea if you have the money and a severe lack of tact. Do you think there are droves of travelers who have now been Tom Hanks’d because they have no idea what terminal they’re in, wandering to and fro in limbo, looking for “Terminal 5” and instead being told by every official “This is the Terminal Galaxy, friendo, you can check out any time you like but you can never leave?” 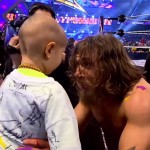 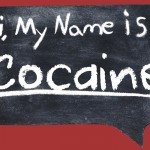