Roseanne Barr is quite the controversial figure.  I mean, just how long can we all remember her being kooky?  And no, I don’t mean since forever.  She went from being a functionally offensive personality (a comic) to someone truly disturbed.  If it was a conspiracy theory on hate radio, Roseanne Barr was a true believer.  Racist?  No problem.  Crazy?  So really, no problem.  It got so bad she was kicked of her own show.  But right as it rebooted!  And now, Roseanne is slated to speak to the Israeli parliament, right before elections.  So how crazy is that?

BARR TO TELL KNESSET THAT PROTESTING ISRAELI POLICY IS ANTI-SEMITIC

So Israel has their elections coming up this April.  But for some reason, their parliament, the Knesset, wants to hear from Roseanne Barr this January.  Roseanne said in a news release that she is visiting Israel because she is “a lover of Israel.”  She also wants to “further my own knowledge of Jewish and Israeli history.”  But if she means to learn about Jewish history, maybe she shouldn’t help write the ugliest part of it.  Because she wants to address the Knesset, speaking out against the movement to boycott, divest and sanction (BDS).  But like many who want to stop any criticism of Israel, Barr says that the BDS is “insidious and anti-Semitic.”

So it’s all pretty awkward.  Israel is having early elections because Israeli Prime Minister Benjamin Netanyahu’s government coalition is falling apart.  He is likely facing corruption charges.  But I guess it makes a certain kind of warped sense that a disgraced bigot like Roseann Barr appears to to encourage the Israeli parliament to continue its own racist policies in regards to the Palestinians and their lands. So it’s kind of like having the court jester tell you your own bad jokes. Who else will appear? But if the Bar is Barr, the bar is low. There is no other measure. Happy New Year?Stay tuned. 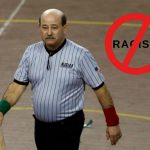 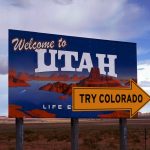