Editor’s note: This story has been updated to include new information surrounding Williams’ death. Please see below in bold.

We rose this morning knowing that the entertainment world has a Robin Williams-sized hole in it. Yesterday, the beloved Oscar-winning actor and treasured comedian was found dead in his home in Tiburon, Calif.

Williams’ wife Susan Schneider said, “I lost my husband and my best friend, while the world lost one of its most beloved artists and beautiful human beings. I am utterly heartbroken. On behalf of Robin’s family, we are asking for privacy during our time of profound grief. As he is remembered, it is our hope the focus will not be on Robin’s death, but on the countless moments of joy and laughter he gave to millions.”

Williams was last seen alive at his home where he lives with his wife at 10 p.m. Sunday. He was pronounced dead at 12:02 a.m. yesterday. He leaves behind three children: son Zachary, 31, daughter Zelda, 25, and son Cody, 22.

Marin County Sherriff’s Office released a report that after a 911 call, Williams had been located unconscious and not breathing. His death appears to be a suicide by asphyxia but an investigation must be completed before anyone will know for sure. An autopsy and forensic exam with toxicology tests will be held on Aug. 12.

The entertainer had a history of cocaine and alcohol addiction and a battle with depression. Psychologist Julie Cerel, chairperson of the board of the American Association of Suicidology, said Williams had also been diagnosed with bipolar disorder. UPDATE: Schneider, released a statement Thursday, Aug. 14 saying that the late actor was battling the early stages of Parkinson’s disease.

President Obama said, “Robin Williams was an airman, a doctor, a genie, a nanny, a president, a professor, a bangarang Peter Pan, and everything in between. But he was one of a kind. He arrived in our lives as an alien — but he ended up touching every element of the human spirit. He made us laugh. He made us cry. He gave his immeasurable talent freely and generously to those who needed it most — from our troops stationed abroad to the marginalized on our own streets. The Obama family offers our condolences to Robin’s family, his friends, and everyone who found their voice and their verse thanks to Robin Williams.”

Now let’s celebrate the life of Robin Williams, a man who gave us so much.

Twitter lit up as comedians shared their love, shock and grief over the death of Robin Williams.

We will miss you, Robin Williams. Thank you for all you gave us. 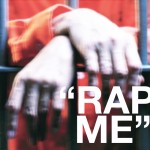