Ask anyone who’s joined a CSA (Community Supported Agriculture) what it’s like, and you’ll likely hear of far-out dishes made with never-heard-of veggies. Chris Mosier recalls the mouthwatering dip his wife whipped up with fava beans, olive oil and garlic scapes (garlic what?). “Those curly, green garlic-plant tops are potent!” says Mosier. “Our breath reeked for two whole days, but that dip was so good!” For Liran Hirschkorn, his wife’s rhubarb muffins, baked from a recipe scouted online, took the prize. Sam Meyer relished Food Network’s cock-a-leekie soup he made with one week’s mystery ingredient, leeks, and the punchy salsa he made with another week’s, tomatillos — along with tomatoes and peppers from his share. “I never knew salsa was so easy to make,” says Meyer. “Now I’m always throwing it together.”

In 1995, a nonprofit called Just Food launched a sustainable food model called CSA, which stands for community-supported agriculture. Today, there are about 100 such groups splattered throughout New York City neighborhoods (including the Bronx, Brooklyn, Manhattan, and Queens) connecting the local-farmer, local-consumer dots. You become a member by buying a share, or season’s worth of produce, upfront ($400 to $600). Then you pick up a box brimming with just-picked veggies each week or two that the farmer drops in your nabe.

CSAs are a win-win. The upfront money keeps farmers afloat through the season, helping them purchase seeds and repair equipment as needed. And for members, more than just keeping their apartment kitchens bounding with fresh produce, these groups offer a way to connect with the local community, including the farmers growing their food, as well as like-minded neighbors getting creative in the kitchen. Here’s what you need to know before joining a CSA. P.S. Deadlines for winter shares are fast approaching, so get in there today if you’re interested!

PRO: What in the world is that?
Each share typically contains seven to 10 types of veggies, said to be enough to feed a two- to three-person family. Some CSAs offer half-shares, catering to city dwellers who dine out religiously, or, for a few extra bucks, you can get additional shares from sister farms offering fruit, eggs, meat and even fresh flowers. Within each batch of produce, expect a few never-seen-before veggies. Fava and cannellini beans. Tomatillos. Garlic scapes. Mosier, 33, who joined Prince George’s CSA with his wife, Zhen, has received them all. “We got stuff I’d never heard of or would try buying on my own at the store,” he says. “We kept fresh vegetables in the house and also expanded our food variety and got way more inventive in the kitchen.” Along with familiar squash, radishes and eggplant, Sam Meyer, 38 and his girlfriend Bari, 43, got fennel bulbs, wax beans and chive flowers (which accent mashed potatoes marvelously, he says) at their Astoria, Queens CSA. When Hirschkorn got rhubarb one week at his Forest Hills, Queens CSA, he scratched his head. His wife quickly found a recipe online for rhubarb muffins that turned out scrumptious. “You can have a lot of fun trying the unique foods you get,” he says, “and learning how to cook them.”

CON: This ain’t no delivery service.
Sorry, dears, there’s no doorstep drop-off included here. Both Mosier, who’s a computer programmer, and his wife, Zhen, who works in education, commute by bike to their offices, which are not close to their distribution center. “It was often tough getting to the pickup spot on time,” he says, “and tricky transporting items home.” The couple used bike baskets and backpacks, but says pickups on the weekend or later in the evening would relieve some stress. Meyer agrees: “It got to be a hassle to enlist friends to schlep home our veggies on our behalf. Our pickup slot was Tuesdays, 4:30 to 6:30, when my girlfriend and I had to be at work.” Before you select your group, make sure to find out what the pickup hours are. It may make more sense for you to join a distribution center closer to your office rather than your home (depending on how you plan to carry your veggie loot home.)

PRO: Save some moolah.
Ever heard of the nutritious and beloved, but pricey, Whole Foods referred to colloquially as Whole Paycheck? We certainly have. That’s because shopping healthy, especially organic, isn’t cheap. Paying for a season of produce upfront by joining a CSA can save you mega dollars and cents in the long run. “The haul you lug home is dependent on the weather and crops, so some weeks are a better value than others,” says Mosier. “But overall we found it to be a good bargain for the money. This year, we tried shopping the farmers’ markets instead of CSA and not only ended up spending way more money, but we also didn’t end up going to the market nearly as much as we thought we would, so we had way less produce around to eat.”

PRO OR CON: Give a little, get a lot.
“I didn’t expect to like the social aspect as much as I did,” says Meyer. “The chatty e-letter that listed what the current week’s share would be, and members’ sometimes-comic reactions to the prior week’s share, along with recipe ideas, promoted a real community feeling.” Neighborhood CSA groups are run by members. As such, each member is expected to volunteer at the distribution center a few times each season. Depending of how you look at it, this could be a drag on an already airtight schedule — or it could just be a cool, new way you connect with like-minded neighbors and expand your circle (potluck dinner club, anyone?). “We had to volunteer two shifts at the distribution center during the season,” says Meyer. “I was the guy who marked off those who picked up their shares and called those who didn’t show. It’s easy work, and fun to meet other members.” Meyer says he also found it “cheery” to pick up the weekly veggies at the quaint local tea house that housed their distribution center.

PRO OR CON: Big supply of veggies.
Hirschkorn, 32, who runs an online life insurance company (BestLifeQuote.com) and his paralegal wife joined the CSA in Forest Hills, Queens. “We got a weekly box of veggies each week, filled with more than we could eat. We’d recommend two couples split a share — or you should plan to make lots of vegetable soup.”

PRO: Meet your local farmer.
Every CSA member — current or past — with whom I spoke mentioned really enjoying helping to sustain a local farmer — getting to know the farmer by name and building a relationship with the family producing their food. “We got to meet the family whose Long Island farm the produce came from,” says Hirschkorn. “Knowing we were supporting them and not some large, faceless company was rewarding.” Meyer agreed, saying he loved getting heaps of recently picked, locally grown produce each week “by a farmer whose name I knew.” And, he adds, having so much colorful, fresh produce around definitely got him and his girlfriend to eat more veggies day to day. Props to that!

Before you join, here are some CSA tips:

1. Know that if you miss a week, there’s no makeup time. So if you can’t make a pickup, try to arrange a friend to pick up your share for you.

2. Depending on how much you eat at home each week, two couples may want to go in on a share together. Four people rotating pickup is also a mega plus.

3. The typical, most popular CSA season spans June through November, but some farmers offer winter shares, which start in early November and often span through February.

4. Check online for start dates each season. You can’t join after a season has started.

5. Some CSAs have waiting periods and a limited number of people who can sign up. So expect that you may not get the first pick on your list, at least not immediately. 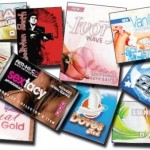 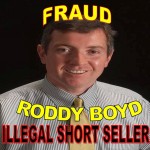