So if you say certain words, some people want to wash our mouth out with soap.  No, really.  Prurients live for being higher than thou.  Don’t believe me?  Well, have you seen the new Burger King ad where the refrain is, “Damn, that’s good”?  Well, if I have, I don’t remember the damn thing.  And it’s been years since beef was real in the Home of the Whopper for me to care two…. Chits.  But for some people in the rightwing, vulgarity is something you should only practice, never say.  And yes, my tongue is firmly planted in my ass cheek at the moment.

So what are we to make of this old ass tradition?  Well, with amusement and peAnut gallery antics, of course.  We can just call them the American Family Association.  They have all sorts of opinions about sex, women’s rights (related), old school (white) values, etc.  But they really don’t like it when the wheels of civilization fall off and Burger King says, “Damn, that’s good.”  I mean, really.  What is the world coming to?  Or is it coming, too?  Hey, whatever burger ad gets your rocks off, is what I say.  Broiled, not fried?  But the American Family Association sees this ad as the one of the seven seals, broken.  They issues a press release condemning this ass-ault on decency, saying, “Burger King’s Impossible Whopper ad is irresponsible and tasteless. It is extremely destructive and damaging to impressionable children viewing the commercial. We all know children repeat what they hear.”

A BARBARIAN IS AT THE GATE OF THE WHITE HOUSE, BUT THE AFA FINDS THE WORD DAMN A THREAT TO CIVILIZATION

So ok, have any of your kids grabbed a woman by the pussy?  Or yelled at people saying polite things, but in another language?  Or how about joking about shooting people on 5th avenue?  And yes, if you had to reach for that one, I’m talking about Donald Trump.  The American Family Association loves them some Donald Trump.  Too bad his first wife signed a non-disclosure when they divorced.  You know, the woman he allegedly raped for criticizing his hair plugs?

Cause damn, those hair plugs are good. 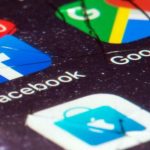 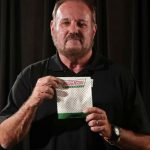