An Oakland, Calif., police officer fired for throwing a teargas canister at demonstrators who were assisting a wounded protester has won his job back and will be reinstated, his attorney told local media last month.

The ruling, the result of binding arbitration between the officer and the city, has triggered an investigation into whether or not the city of Oakland has fair and competent representation when disciplinary matters involving police officers are challenged.

Oakland police officer Robert Roche was fired last September following a 2011 incident in which he was caught on video lobbing a tear gas canister at a group of Occupy Oakland demonstrators. The demonstrators were reportedly coming to the aid of a fellow protester, identified as Iraq war veteran Scott Olsen, who was struck in the head by a beanbag device fired by an unidentified officer one minute earlier.

Olsen sued the city and received a $4.5 million settlement earlier this year. Roche was put on paid administrative leave following and was fired two years later.

Roche exercised his opportunity to challenge the dismissal, saying the tear gas incident was the result of him carrying out orders handed down by his superiors. His firing was the city’s attempt to scapegoat the officer after the incident received negative attention from the international press, the officer’s attorney said.

Roche’s union also backed the officer, saying the city was to blame for creating a challenging environment for police who were assigned to work the Occupy Oakland protest.

“Roche is a phenomenal police officer, and he was scapegoated like all the other officers from the Occupy experience,” Oakland Police Department union spokesperson Sgt. Barry Donelan told the Oakland Tribune.

But Olsen’s attorney said Roche was not a scapegoat, and that the firing was justified because no such orders had been given to the officer.

“Nobody ordered Roche to throw the explosive grenade at Scott Olsen when Scott Olsen was injured on the ground,” attorney Rachel Lederman, who represented the injured war veteran, told the Tribune. “The fact that no one was badly hurt by the grenade blast in this incident was just a matter of luck.”

Lederman said she was “sickened” to learn that Roche would be rejoining the police force, saying that “OPD and the city can’t even make discipline stick.”

A federal judge is also wondering why the city of Oakland is having trouble keeping problematic officers off the force. U.S. District Judge Thelton Henderson has called for an investigation into the matter, expressing concern that Roche and other officers have been successful in getting their jobs back.

According to the Tribune, the city has only prevailed in three of the last 15 arbitration cases involving officers seeking to appeal disciplinary measures. Seven officers had their punishments overturned at arbitration, and five more had them significantly reduced, the paper reported.

Henderson wants to know if the city is being adequately represented by competent attorneys when the matters go to arbitration. The judge is also concerned about internal police reviews that were implemented following a 2000 case in which officers engaged in a criminal investigation were said to have planted drugs and beaten suspects (those cases did not result in a conviction; the city later settled with the accused for $10 million).

“While the court understands that there may be room for differences of opinion, and that not every disciplinary decision will be upheld at arbitration, the court questions whether defendants are adequately preparing cases for arbitration such that consistency of discipline can be assured to the great extent possible,” Henderson wrote in a three-page opinion cited by the San Francisco Chronicle. 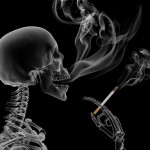 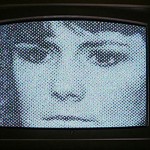