Are you the type of person who takes photos of abused animals out of your Facebook feed? I do. I can’t bear to look at them. Mind you, I can watch any violent thriller where people get hurt, maimed or killed, but if a dog is even kicked, I have to change the channel.

Stay with me here. This article is not meant to rip you open. It is a solution-oriented article. Disclaimer: But first, please forgive me, I must quickly state the problem:

The Associated Press reported last month that a ranger and two other employees at South Africa’s Kruger National Park were arrested on suspicion of rhino poaching. These are three men who were hired to protect the wildlife, and the South African National Parks service issued a statement that the arrests came after a recently killed rhino was found in the area.

Poaching is at an all-time high in Africa. More than 1,000 rhinos were poached in South Africa just last year, and the safety of these animals is at a crisis point.

The three park workers arrested were found with a hunting rifle and ammunition in an area that has been hit hard by rhino poachers. “These are the people that we entrusted with the welfare of these animals,” Reynold Thakhuli, a spokesman for the parks service, told the AP.

Kruger National Park is more than 7,500 square miles — that’s the size of a small country. Hundreds of rangers patrol the park with some backing from the South African military, but conservationists say more resources are needed to adequately protect Kruger’s wildlife. The AP report said South Africa is home to the most rhinos, and it is “struggling to stem a surge in rhino poaching in recent years as demand for rhino horn rises in some parts of Asia, including China and Vietnam.”

There IS a solution!

The steps being taken toward saving the rhinos prove that there is still plenty of good in the world. There are people working hard to raise funds and put programs in place to airlift the rhinos and transport them to neighboring Botswana, an area that is much easier to protect from poachers.

After successfully translocating six rhinos in 2013, nonprofit organization &Beyond is moving forward to secure the future of rhinos. Through its program “Rhinos Without Borders,” &Beyond has promised to move 100 rhinos to safety.

The organization works with other wildlife conservation groups, including the Africa Foundation, Great Plains Foundation and others. In addition, &Beyond receives support and cooperation from various government organizations. The estimated timing for transportation of the rhinos is Jan. 2015. From mid-2015, after the release of the rhinos, assistance will be given to Botswana authorities to increase the protection of the transported rhinos.

The Rhinos Without Borders initiative is working hard to raise $8 million in funding. Part of that money will go toward continuing protection efforts to save the rhinos from poachers along with investments in anti-poaching security measures in Botswana, but almost half of the funding will be needed for the actual transport of these animals.

The transport of one rhino costs $45,000. The operation has to be done in the most humane way. The first step is to spot the rhino, then dart the animal with a sedative from a helicopter above. The rhino’s eyes are then gently covered with a towel as it is roped up and walked into a container while still very groggy. The rhino is then loaded onto a truck and taken to an enclosed area for six weeks of quarantine where it is well taken care of and even hand-fed.

After the six weeks of quarantine, the rhino will be sedated once more and taken via air transport to Botswana. Upon landing, it’s placed in an enclosure where its health can be monitored. As soon as it gets the medical OK, the rhinos are set free. Go, Rhinos, go!

Visit the &Beyond website and go to the section titled “Rhinos Beyond Borders.” 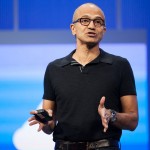 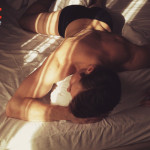