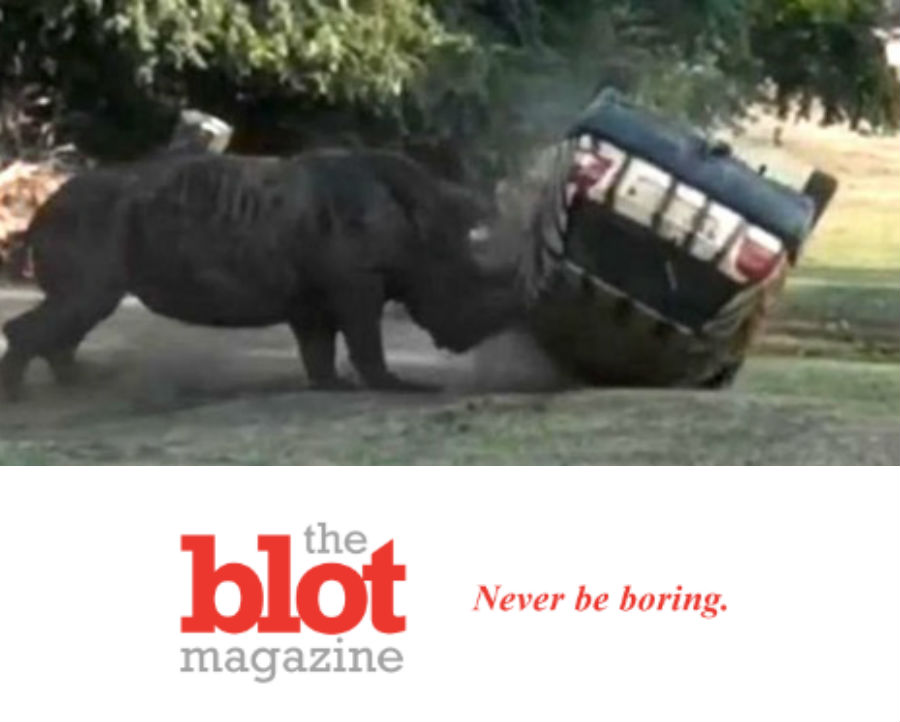 SERENGETI SAFARI PARK RHINO GETS MAD, FLIPS CAR WITH WOMAN INSIDE OVER, AND OVER

Rhinos are amazing and, occasionally, scary creatures.  The first Rhino I ever remember seeing was in an old Johnny Weissmuller Tarzan movie.  Tarzan was dodging a charging rhino, which seemed scary but I had no idea what that creature was.  Now, of course, I know that they don’t see well straight ahead, can be crazy aggressive, and whatever they don’t like doesn’t seem to end up ok.  But hearing the recent news of what a Rhino did recently at the Serengeti Safari Park.  A gamekeeper was driving thru the Rhino are in a car.  But the Rhino, for some reason, got mad about that.  So it charged the car and flipped it over with the poor gamekeeper inside.

Read More: A Man Attacked the Wall Street Bull With a Banjo and Actually Caused Damage

GAMEKEEPER TRAPPED INSIDE CAR AS RHINO FLIPS IT OVER MULTIPLE TIMES

But it wasn’t just a single flip.  This rhino was seriously pissed off.  It flipped the car several times!  All the while, the poor woman was inside, trapped.  I knew these animals were powerful.  But this is just… crazy.  The rhino bull is 30 years old.  He weighs over 6,000 pounds.  But he had no problem whatsoever flipping the 3,000-pound car again and again with its horn.  The gamekeeper had been moving the rhino into its stables.  But I guess he decided he wasn’t too happy with that.  So he made his feelings clear to everyone and now, you as well.

6,000 POUND RHINO ATTACK GIVES WOMAN CONCUSSION, BUT SHE PLANS TO RETURN IN DAYS

But fortunately, the gamekeeper just had some bruises and a concussion.  She hopes to be back at work in a couple days.  The bull rhino, Kusini, has been at the Serengeti Park for the last year and a half for a breeding program.  He’s only allowed in the park area n the mornings and evenings.  But why?  Well, that’s when there are no visitors there in their own cars.  And it seems to be a sound policy.  But this is the second piece of news from the park just this year.  A few months ago, you might remember two of the lions there also attacking a zookeeper. 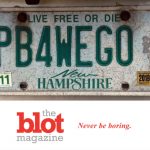