Alas, even Angelina Jolie couldn’t live up to the hype of her war drama biopic “Unbroken.” Kick-ass kudos to her for trying, though. She took on a story nobody else would touch. No previous director wanted to tackle the enormity of the gripping stories-within-a-story. So many chapters of Louis “Louie” Zamperini’s life could’ve filled a feature-length film — picking just the right moments for a two-hour movie is nearly impossible.

Zamperini was an Olympic runner, a soldier who survived a plane crash and was lost at sea for 47 days only to be “rescued” by the enemy and thrown into a Japanese prisoner-of-war camp. There, at the hands of sadist Mutsuhiro “The Bird” Watanabe (Takamasa “Miyavi” Ishihara), he suffered unthinkable horrors, survived the war and later, after devoting himself to God, forgave his captors and went on to live a fulfilling life as husband, father, grandfather, son and friend.

Louie’s story couldn’t escape Hollywood’s gushing. Not only was he a war superhero, but he was also a tribute to the human spirit overcoming literally bone-crushing obstacles.

I loved the soundtrack, the acting could not have been better and the cinematography, divine. All of the ingredients were there for a five-star film but …

Aside from the one-dimensional portraits of hero vs. villain, there was a glaring sloppy detail: How did these guys shave without running water or razors? Hello?

As Zamperini (Jack O’Connell) wastes away on a raft adrift the endless sea, he and fellow soldiers Russell “Phil” Phillips (Domhnall Gleeson) and Francis “Mac” McNamara (Finn Wittrock) don’t exhibit the facial hair that would’ve accumulated during a 47-day stretch. Then, as if suddenly remembering this detail, O’Connell jarringly shows up with a beard the day he is thrown into a POW camp. Shortly thereafter, it is inexplicably gone again.

Through his days, months, years there, the audience is given zero explanation for the men having haircuts and shaves. They live in the sparsest conditions with no running water, and presumably no shaving cream or razors. That thoughtlessness seemed way below the talent of Jolie and Joel and Ethan Coen, who rewrote earlier script drafts by William Nicholson and Richard LaGravenese. I just couldn’t un-see that irksome detail.

I’m a devout Jolie fan ever since her starring role in 1998’s “Gia.” Her turn as Lisa in “Girl, Interrupted,” which won her a Best Supporting Actress Oscar, sealed superfandom for me. My body, heart and mind craved her after that, despite my fully-hetero orientation.

Then, add her acting chops, her UN ambassador status, tireless efforts in third-world countries and making adoption and motherhood sexy, and you’ve got more than a crush — it’s a deep-seated admiration. On top of that, after she wrote and directed “In the Land of Blood and Honey,” a film about atrocities in Bosnia, you’ve got a woman who lives up to her icon-ness.

But, I’m shocked that the Coen brothers didn’t throw in even a drop of their edgy humor and eccentric details. “Unbroken” comes across as Hallmark Card-ish at times — something Steven Spielberg has been accused of — but “Unbroken” lacks Spielberg’s penchant for suspense and thrills. Zamperini’s mischevious childhood and rise to Olympian runner were skimmed through. His race at the Olympics was a tragically missed cinematic op that goes by so fast the audience never gets to bask in it. And we could’ve felt a mix of horror and thrill when Hitler touched Zamperini’s hand, but that isn’t even in the film. How could that be left out?

Zamperini would’ve been a riveting character if his major flaw had been brought to the fore. That flaw being his addiction to victimhood. He puts himself in punishing situations again and again. First as a child thief running from cops, then as a champion long-distance runner submitting himself to physical punishment that far surpasses the ordinary. He joins the army, and goes off to war, only to be victimized by the army’s faulty aircraft. Then he repeatedly points his arrogant lantern-jaw at a sadist in the POW camp, which brings on gobs more torture than any other prisoner is forced to endure.

My favorite part of the movie (except for that aforementioned shaving issue) was watching three soldiers lost at sea for 47 days. As the sun blistered their skin and their bodies shrank to skeletons, there’s a poignancy and admitted curiosity about how they survived by catching fish — and even a bird! — that were eaten raw while sharks circled their pathetic sea craft amidst the expansive stretch of water. Jaw-gnashing moments.

There were many moving scenes throughout the POW camp stay, but too many were dumbed down into a flatness of “look at our incredible hero doing this and surviving that.” I craved more of a multi-dimensional hero and villain. I yearned to know how Watanabe became the gruesome man he was.

There is one fleeting moment after the war when Zamperini steals off to a room and sees a photo of the sadist-as-toddler with a somber and angular-looking father posed in a starched uniform with an “I-will-kill-you-without-blinking” war face. The image hints at a scarred childhood for Watanabe.

Jolie and the Coen brothers should’ve taken some tips from “The Railway Man,” a movie about Eric Lomax (Colin Firth), a captured British officer during the fall of Singapore in 1942. He suffered the same atrocities as Zamperini in a Japanese POW camp, but the layers of the protagonist and antagonist make that film much more emotionally compelling. I’ll never understand why that flick came and went with little notice.

All of that said, however, I can’t wait to go see “Unbroken” again! For the second viewing, I’ll put away my critic’s eye and just enjoy the good points, of which there are many. 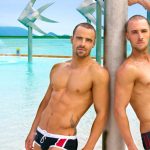 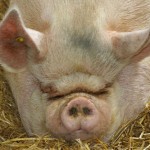