Moore was the owner and operator of a website called IsAnyoneUp.com, which was acquired and shut down by an anti-bullying organization called BullyVille. Prior to the acquisition, prosecutors alleged Moore and another man — identified in court documents as Charles Evens — conspired to steal nude images from nearly a dozen women over the course of several months in late 2011 and early 2012.

According to , Moore paid Evens more than $1,000 for his services.

Under the plea agreement released on Wednesday, Moore will plead guilty to one count of violating the Computer Fraud and Abuse Act, the federal anti-hacking statute, as well as one count of identity theft in connection with the scheme. Moore faces a maximum of seven years in prison and fines up to $500,000. Some say prison time is very likely for Moore.

“I’m pleased he’s going to prison,” Charlotte Laws, a mother of one of the unidentified victims, . “I think it gives him and his followers time to grow up and get out of their mysogynistic [sic], childish hating of women and trying to ruin their lives.”

Moore is hardly a likable character. For years, he was invited onto national television talk shows and local radio programs alike, where he showed very little sympathy for the women whose intimate photos often appeared alongside their full names and other personal information on his website.

“I understand it can hurt your reputation and your job and yadda yadda yadda,” he told a Times reporter in the fall of 2011 — likely around the same time prosecutors say he was committing his crimes.

On its face, Moore’s website didn’t violate any federal laws when he operated it, something that critics argued then was a problem. Prosecutors didn’t charge Moore with operating a website — merely for his actions that led to some of the postings on it.

It is unclear how much prison time — if any — Moore will receive. He is scheduled to make a court appearance later this month. 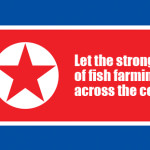 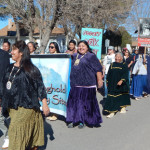