The Federal Bureau of Investigation (FBI) has informed local police departments and other public institutions that the agency must be notified about any disclosure request made by citizens related to law enforcement’s acquisition and deployment of specific cellphone surveillance devices, according to a recently-released document.

The document involves public disclosure requests — commonly referred to as “Sunshine Law” or “Freedom of Information” requests — made by activists, reporters and ordinary inquisitive citizens regarding local and state law enforcement’s use of StingRays.

A StingRay is a surveillance tool that mimics a cellphone tower. When activated by police, it forces all phones within a given radius to connect to it instead of a legitimate tower, allowing law enforcement the ability to watch and collect cellphone metadata in real time.

In theory, the devices are meant to be used against a specific, targeted cellphone. But in practice, StingRays are handset agnostic, drawing in the signals from all phones in a given area, leaving police to interpret which phones should be targeted and which should be ignored.

Just how police interpret and collect that data remains a mystery. In fact, much is unknown about how StingRay and similar devices operate at the hands of law enforcement. Turns out, that’s not by accident.

According to the document, first published in December by the Minneapolis Star Tribune, the manufacturer of StingRay devices — Florida-based Harris Corporation — requires law enforcement agencies and other public bodies to notify the FBI “in writing in order to allow sufficient time for the FBI to seek to prevent disclosure through appropriate channels.”

Translation: If a police department gets a request for documents or other disclosure about StingRays, they are required to immediately notify the FBI so that the FBI can do what it can to keep those documents withheld.

The document is in the form of a lease agreement, suggesting that the Harris Corporation lends its equipment to local and state law enforcement instead of police departments buying it outright. The sale of radio interception gear is generally considered to be illegal in the United States, though some manufacturers have successfully requested a waiver from the Federal Communications Commission (FCC) in order to provide such equipment by citing homeland security concerns.

Harris is no different: Years ago the company sought approval from the FCC in order to market and lease its StingRay devices to law enforcement. In doing so, Harris told the FCC that “the purpose is only to provide state/local law enforcement officials with authority to utilize this equipment in emergency situations.”

But recent disclosures about the devices, made public mostly under threat of litigation, found that while police are obtaining StingRays and other equipment under the guise of homeland security, they are often using the gear in routine criminal matters. One law enforcement official told TheBlot Magazine last year that his agency approved the use of StingRays in any kind of investigation.

The American Civil Liberties Union says Harris should have known that its equipment would be used in ordinary investigations when it sought FCC approval, and it has charged the company with deceiving the communications agency in seeking the waiver.

“It should have been patently obvious to the Harris representative that the use of StingRay technology for emergency situations was quickly becoming the exception, not the rule,” the ACLU said in a letter submitted to the FCC last fall. “Harris’ misstatement is particularly galling because asserting that StingRays are only used in emergency situations profoundly understates the amount of surveillance that state and local police will carry out, and therefore the magnitude of Fourth Amendment violations that may result.” 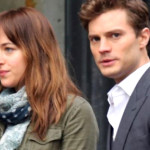 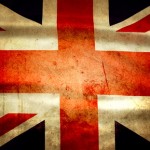