Several major online and brick-and-mortar retailers have announced a halt on Confederate flag merchandise, the latest in a series of moves to ban the Civil War-era symbol.

The move comes after a mass shooting in which nine black parishioners were shot to death allegedly by a white man with racist views. The man, whom police have identified as 21-year-old Dylann Roof, left behind a lengthy online manifesto and a digital shoebox filled with self portraits, some of which contained imagery of the Confederate flag.

The photographs sparked a national dialogue over the appropriateness of the symbol some 150 years after the end of the Civil War. To some in the South, the Confederate flag holds historical and cultural significance; to others, it is a painful reminder of a time when blacks were considered inferior to whites.

Read more: Manifesto Takes Us Inside the Mind of Charleston Church Shooter

Several politicians, including Republican South Carolina Gov. Nikki Haley, have called for the Confederate flag to be withdrawn from state buildings. And now those calls have trickled down to private industry — specifically, retail outlets who say they will no longer carry merchandise bearing the flag.

On Tuesday, Arkansas-based Wal-Mart became the first major American retailer to announce it would stop carrying items bearing the flag. A spokesperson for the store — the largest private employer in the country — said the company did not “want to offend anyone with the products that we offer” and said Wal-Mart was in the process of removing merchandise both from its retail stores and website.

Other stores and websites — including Target, Sears, KMart, Amazon and Etsy — followed Wal-Mart in announcing their own bans on Confederate flag merchandise. Prior to those bans, some websites reported seeing a surge in Confederate flag purchases: According to CNN, data provided by Amazon found that sales of Confederate flags rose anywhere between 1,600 and 2,300 percent within a 24-hour period.

Users on the website eBay are also seeking to cash in on the retail bans: A review of auctions on Wednesday found some Confederate flags are going for as much as $200. On Tuesday, eBay officially designated Confederate flag merchandise as an “offensive” item and said it would work to remove auctions and sales listings from its website.

Confederate flags themselves could soon prove to be a scarcity: Two of the largest manufacturers of flags — Pennsylvania-based Valley Forge Flag and Annin Flagmakers in New Jersey — say they will no longer produce the flags due to the ongoing controversy over the symbols. Texas-based Dixie Flag Manufacturing Company initially said it would continue manufacturing Confederate emblems, but reversed its decision following a report by the San Antonio Business Journal Tuesday.

Reuters reported that Confederate flags tend to make up a small percentage of the flag manufacturing business. Annin said most of its 1,000 Confederate flags were believed to be used in Civil War re-enactments.

Richard Cohen, an official with the Southern Poverty Law Center, praised retailers’ decisions to end their sales of Confederate flags and associated merchandise, saying the flag had become “too toxic to handle.”

Some politicians agree: Lawmakers in at least five southern states have called for Civil War-era emblems to be removed from state buildings and other government property. In Virginia and Texas, officials have called for a ban on Confederate flag-emblazoned license plates; in Mississippi, Republican House Speaker Philip Gunn declared the flag to be an “offensive” symbol and said it should be removed from the official state flag. 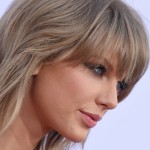 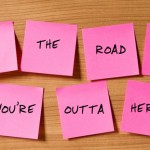