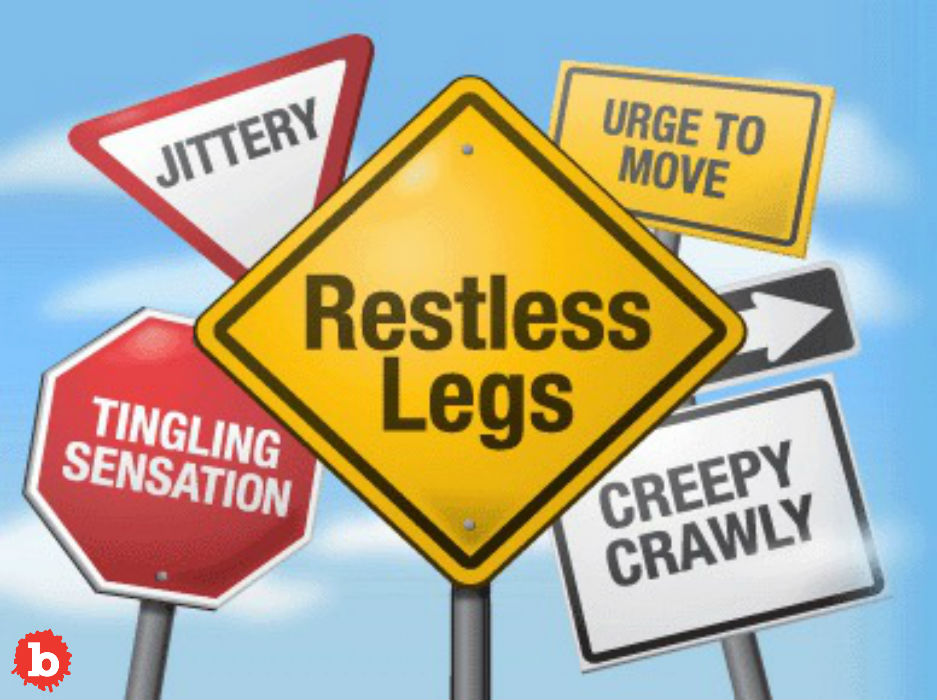 PEOPLE WITH RESTLESS LEG SYNDROME HAVE 3 TIMES THE RISK OF SUICIDE, SELF-HARM

So this is enough to make you twitch.  But considering, I don’t really recommend that reaction.  So you know how some people are just physically restless, no matter what the situation seems to be?  It seems to be something that’s more common with the young.  But they’ve got tons of energy and too many distractions going on.  So young people are often sitting down, with at least one leg twitching, bouncing, or otherwise making some kind of repeating movement.  But we call that restless leg syndrome.  I definitely had it as a kid.  But now, there’s a new study that says if you still have restless leg syndrome, you have 3 times the risk of committing suicide.

Read More: Men Who Eat Their Nuts Have Better Sex, No, Not Those Nuts

See? I thought that would get your attention.  Some doctors describe restless leg syndrome as a “tortuous” condition.  You do it.  You know you do it.  But you simply can’t stop doing it.  But this is worse than snoring.  It’s one thing to snore when you clearly can’t do anything consciously to stop it.  But if you have restless leg syndrome, you can literally look at your leg and not be able to stop it from twitching or bouncing or whatever.  It’s like a stream of constant stress, expressing itself thru a limb.  But it’s your limb and you can’t do anything about it.  For teachers, this is something they see everyday in their classrooms.

Kissing a Great Way to Reduce Stress, So Get Started

SUICIDE RATES HAVE JUMPED IN RECENT YEAR, AND THIS MAY BE ONE REASON WHY

In England and the United States, roughly 5% of all adults have restless leg syndrome.  That seems pretty high, to me.  Especially since a number of these poor folks can’t sleep properly as a result.  But even more disturbing, the study of 170,00o folks suffering this malady are 3 times more likely to commit suicide or otherwise cause themselves harm.  So this is news for science to follow, and closely.  But why?  Because this is a mental as well as physical manifestation of stress, at a minimum.  America’s suicide rates have jumped 30% in the last 2 decades.  And in England?  It’s the single largest killer of men under 45.

So relax.  And try to keep that leg still.