How can you make this up?  You can’t!  But fortunately, there’s a population of men who have some opinions that make other, amazing opinions.  I’m talking about white, male Republicans.  I know, I know.  This isn’t to bash them, per se.  We can talk about how they feel threatened by women, minorities, gays, etc.  We can talk about what makes Republican men feel empowered.  But that would be challenging to avoid the sense of bashing.  But what we have to talk about today is the fact that Republican men are blaming women for not wanting to go out with them.  Why?  Because of Trump.  Got that?  Republican men cannot get laid as much as they want, or at all, because of President Donald Trump.

Branding is tough.  Associations can be unfair.  But how do you distinguish being a Republican these days with being a Trump supporter?  Maybe it is unfair.  But someone has to like you.  Otherwise they won’t sleep with you.  I tend to not think it’s unfair, given the racist, misogynistic bullhorn that the Grand Ole’ Party has used, especially lately.  But even Republican men who don’t (or so they say) like Trump are feeling the burn when it comes to women.  One reporter who works at a noted right wing publication said it this way, “The policies and these things that are attached to the right whether or not you’re a supporter of Trump have been pre-supposed on you, and it’s like a black mark.”

Huh.  A black mark.  Dude, maybe you should have used Scarlet Letter as a reference instead.  That previously mentioned bullhorn has left some people a little tone deaf.  Like, black or white deaf.  Like, grab’em by the pussy deaf.  Good luck getting laid with that!  Another conservative writer of note said, “The political divide has gotten so wide that a lot of younger liberals don’t have any interest in meeting conservatives.”  Ok, it’s the political divide.  Does anyone think that’s because “progressives” aren’t inclusive?  Hmmm.  Maybe I should tone deaf that down a little.  But Republican men cannot be this silly.  Except of course they can!

I CAN’T GET LAID, SO LIBERAL WOMEN MUST BE HYPERBOLIC

But it gets better!  And by better, I mean in that ironic way that leaves an acid taste in your mouth.  A current Trump official chimed in with, “A lot of times you’ll connect with someone [on an app] and they’ll Google you, find out you worked for Trump’s campaign, and then it’s pretty much all downhill from there.”  Right.  Women find out you support, professionally, a misogynist bigot, and then for some reason find that to be a turn off.  But there’s more!  Another said, “I feel like they look at me and are like, here’s a tall white dude with brown hair wearing loafers, and he probably has a picture of Reagan and the NRA in his bedroom or something. I just think they have a very hyperbolic view of what a conservative is.”

3 MORE YEARS OF CATCHER IN THE WHY

A hyperbolic view.  Get that?  It’s the women themselves, who have a hyperbolic view.  Ok.  I’ll work on figuring that one out.  In the meantime, the market for individual lube seems to be a good one to be in right now.  Stroke those egos, fellas.  Republican men are in for a good long screwing….by Trump.  Men cannot be this stupid, regardless of party identity.  But.  They.  Are. 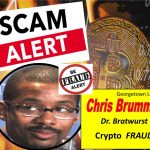