So at this point, I just don’t know anymore.  Is this a surprise?  Should this news even shock us any more?  So this  time the misogynist is a Republican lawmaker from Mississippi.  His name is Douglas McLeod and he’s a state representative.  Well, he is for now, anyway.  McLeod faces accusations that he punched his wife, in the face.  So why did he allegedly punch his wife in the face?  Well, because she was taking too long getting her clothes off to have sex.  So I must admit, I don’t know how to measure that.  I’ve never punched a woman in the face.  But I’d like to think his reason is a low…. Bar, at a minimum.  But he’s clearly a quality human being, because he refuses to apologize for what he allegedly did.

Read More: Because of Trump, Republican Men Struggle to Have Sex

HE TOLD POLICE WHAT HE DID, NOW CLAIMS MEDIA “FABRICATIONS AND MISREPRESENTATIONS”

So sure, I can hear some readers already thinking, well, we don’t know what really happened.  But we do, actually.  This isn’t a he said, she said, scenario.  On Saturday, May 18th, a visibly drunk McLeod himself told police that he punched his wife in the face and gave her a bloody nose.  And yes, he also told police, himself, that she was taking too long getting naked for sex.  So in this case, it’s a he said what he said situation.  But despite the matter of the, like record, McLeod is claiming that media reports of his assaulting his wife are “fabrications and misrepresentations.”  He’s such an amazing human being.  But not to worry, he doesn’t actually deny what he’s accused of doing.

NOW, EVEN HIS WIFE TRIES TO MUDDY THE WATER ON NARRATIVE, CLEARLY AN ABUSE VICTIM

But then again, nobody voted Gibson into office, either.  So let’s see what Republican voters in Mississippi do with this lawmaker, shall we? 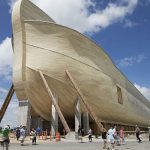 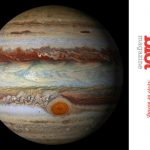