The Church of Scientology has been accused of paying hundreds of thousands of dollars to detectives and private investigators to follow the father of the religious organization’s leader, allegedly at the request of the leader himself, according to a report.

The elder Miscavige was a longtime Scientologist who broke from the church a few years ago, the Times reported. The church paid detectives to follow the elder Miscavige out of concerns that he would speak too openly about some of the church’s controversial practices, the paper said.

According to the Times, detectives were paid through a middleman to pilfer through Miscavige’s e-mails, plant a GPS on his car and otherwise follow his day-to-day activities.

The surveillance on the father of the church leader became know to the Times after one man hired to follow Miscavige was arrested in July 2013. At the time of his arrest, private investigator Dwayne S. Powell was found with several guns, thousands of rounds of ammunition and other gun paraphernalia in his vehicle.

The church denied any involvement in Powell’s activities, but the story laid out by the Times follows several other accounts by ex-church members who have spoken publicly about being followed — and, at times, harassed — by individuals purported to have been hired by the church as an apparent intimidation tactic.

At least one former Scientology member documented their experience in being harassed by private eyes hired by the church. The accounts of Marty Rathbun and his wife Monique “Mosey” Rathbun were featured prominently in the documentary “Going Clear,” which recently aired on the premium cable network HBO. Monique Rathbun, who was never a Scientologist, has since filed a harassment lawsuit against the church.

The Rathbuns allege a squad of private investigators known as the “Squirrel Busters” were recruited by the church to surveil their every move (the church uses the identifier “squirrel” as a derogatory term for former Scientologists who become vocally critical about the church’s teachings and practices). The Squirrel Busters were reported to have sat outside the Rathbuns’ home for months, sometimes harassing nearby neighbors and others in the process.

A Scientology spokesperson admitted to the Times that the church sometimes hires private investigators for “matters related to litigation.”

But the church says reports that it spied on the father of the church leader are blatantly untrue. Michael Lee Hertzberg, an attorney representing the younger Miscavige, told the Times that the church leader had never heard of the private investigator arrested two years ago.

One federal charge against Powell — possession of an illegal firearm silencer — was dismissed last year after prosecutors agreed to allow the man to enter a pre-trial diversion program, the Times said. Miscavige was not charged.

The Church of Scientology was created by science-fiction writer Lafayette Ronald Hubbard, better known by his pen name L. Ron Hubbard, in 1954. The church is headquartered in Southern California. 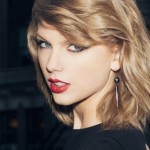 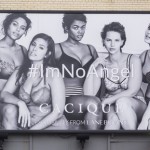