Did Russian hackers carry out a computer intrusion last year that targeted a non-classified White House computer network, gaining access to sensitive information such as the non-public schedule of the president and other officials?

Unnamed U.S. government officials claimed as much in a report filed by CNN on Tuesday — one that was quickly dismissed as nonsense by Russian officials.

“It has become a kind of sport to blame everything on Russia,” official Dmitry Peskov said on a conference call with reporters according to a Bloomberg News report.

Last year, White House officials said it had identified malicious activity on a computer network used by staffers. At the time, sources told Bloomberg and other media outlets that suspicion fell on the Russian government as being involved in the computer intrusion.

CNN called the attack “among the most sophisticated attacks ever launched against U.S. government systems,” adding that several agencies — among them, the Federal Bureau of Investigation (FBI) and the U.S. Secret Service — had been tapped to investigate the incident.

Officials told CNN and other news organizations that the Russian hackers believed to be responsible for the White House incident are also thought to be behind an earlier breach involving a computer network used by the U.S. Department of State. In both incidents, officials said technology staffers worked to reduce and ultimately mitigate the breaches.

Deputy National Security Advisor Ben Rhodes told CNN on Tuesday the breach at the White House did not appear to impact a separate computer network used by staffers to share classified information. In his television appearance, Rhodes did not directly link the White House breach to Russia.

Peskov, who regularly comments on issues on behalf of the Kremlin, said Russia was “not inclined to demonize anyone” and cooperates with U.S. officials on cybersecurity matters involving the two countries. Peskov said the Kremlin’s own computer system is subject to cyberattacks multiple times per day, the Moscow Times reported.

Andrei Soldatov, the editor of a Russia-based news website that focuses on information technology and security issues, said in an interview the cyberattack carried out against the White House and State Department was likely part of a bigger operation called “Pawn Storm.”

“Some Russian opposition figures have been targeted by the operation,” Soldatov told the newspaper. “My understanding is that this is the reason why this latest attack has been attributed to Russian hackers.”

The White House intrusion is believed to have originated with a “phishing” e-mail sent from a compromised account used by a State Department official. A phishing message is one created by hackers that is designed to look like an authentic request for information such as a password. That information is sometimes collected and used by hackers in furtherance of other attacks. 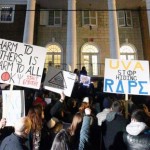 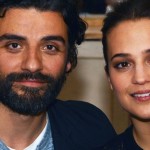