A California law enforcement agency is reported to have used a secret cellphone surveillance device hundreds of times since the beginning of last year.

The revelation that the San Bernardino County Sheriff’s Department used the device, called a StingRay, more than 300 times without first obtaining a warrant comes just one week after federal authorities asserted local and state police must always get a warrant before using the device in nearly all investigations.

A StingRay is a brand of surveillance technology known as a “cell site simulator” that mimics the action of a legitimate cellphone tower. When deployed by police, it forces all phones in a given radius to connect to it instead of a cell tower. Once connected, StingRays gather various kinds of information from a handset, including call logs, text message information and geolocation data. Some StingRays are even believed to be able to eavesdrop on the content of calls and messages.

Despite their technological capabilities, it appears that law enforcement often use cell site simulators to locate criminal suspects via their handsets through geolocation data, appropriating StingRays as a sort of 21st century dowsing rod. Civil liberties groups have argued that StingRays are unconstitutional because they force all phones in a given area to connect to it instead of a single targeted handset, creating a dragnet search that is normally forbidden under the Fourth Amendment. Privacy groups are also worried over a StingRay’s ability to interfere with phone calls and other legitimate communications from people who are monitored through a StingRay despite having no connection to a law enforcement investigation.

Federal officials used to defend warrantless uses of StingRays by saying a warrant did not need to be obtained before the spy devices were deployed in public spaces. But the feds did an about-face earlier this month when a spokesperson told Ars Technica that the agency’s policy for local and state police is to get a warrant every time the device is used (it was not immediately clear if that was always the intention or if the policy had recently been changed).

But an investigation by Ars Technica found that the San Bernardino County Sheriff’s Department used a cell site simulator more than 300 times over the past 17 months — and obtained a warrant exactly zero times in each case.

Instead, the agency — which has jurisdiction over the 12th largest county in California — appears to have relied solely on an court application known as a “pen register and trap and trace order,” which authorizes law enforcement to gather certain data by installing a bug or listening device (sometimes known as a “wiretap”) on a phone line for purposes of gathering intelligence. Such applications are not considered warrants and are often sealed by a court. Since they are not warrants, they often do not require law enforcement to specify exactly how the wiretap will be installed or used, and since they are sealed by a court, they are often not subjected to public disclosure or scrutiny.

The template application used by the San Bernardino County Sheriff’s Office has been criticized by some as being misleading in that it does not specify, or even suggest, that law enforcement intends to use a StingRay in an investigation.

“We have seen similarly misleading applications submitted to judges by police departments across the country,” Nathan Wessler, a staff attorney with the American Civil Liberties Union, told Ars Technica’s Cyrus Farivar. “Judges have no hope of ensuring that use of stingrays (sic) complies with the Fourth Amendment if they are kept in the dark about law enforcement’s intent to use a stingray (sic). When police hide the ball from judges, our justice system cannot ensure justice.”

Until recently, state and local law enforcement agencies had been somewhat successful in keeping details about their use of StingRays and other cellphone surveillance equipment out of the public domain. In many criminal cases, police and prosecutors deliberately hid their use of cellphone surveillance equipment from defense attorneys and judges; in other cases, StingRay use was alluded to, but police refused to give testimony on the devices citing a non-disclosure agreement with Harris Corporation, the Florida-based manufacturer of StingRays. In a handful of cases, prosecutors decided to drop criminal charges against suspects who fought cases in which StingRays were used in order to keep details of the devices a secret.

Such secrecy is slowly, but surely, starting to become a thing of the past. Journalists and civil liberties groups have successfully obtained through lawsuits and records requests thousands of documents related to law enforcement’s use of StingRays. And those efforts have spurred some lawmakers to enact tougher restrictions on how and when police can use StingRays and other surveillance gear.

In Washington state, lawmakers recently passed a bill requiring police to obtain a warrant for every investigation where a StingRay will be used. Additionally, Washington’s law now requires officers to fully disclose how and when they will use a StingRay and other surveillance gear before it is deployed. 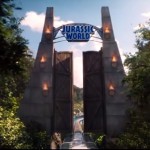 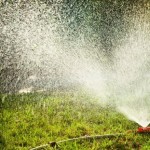