If you forgot to snort your Adderall or take your ginkgo biloba, you may have already forgotten what’s happened these past few months. Here are some of the major news headlines for the summer of 2014 … with a side dish of shade.

Everyone is legitimately up in arms over everything that’s happening in Ferguson. A peaceful protest attempted to address major missteps by police. Soon, it became something out of “V for Vendetta.” Now, people all over the U.S. have started a collective singalong of “Fuck tha Police.”

Kim Kardashian married Kanye West. They have combined their powers, and using West’s influence, Kim has hidden all the horcruxes keeping her fame alive. Hopefully, Jennifer Lawrence finds them and can destroy her. Remember, Kris Humphries is the horcrux she never meant to make.

Gwyneth Paltrow proved she really is a nightmare to be around. If Coldplay’s Chris Martin, producer of some of the most depressive emo music in history, would rather be single, you’ve got issues, girl. They decided to “consciously uncouple,” which is code for “Bitch, I’m not in the mood to hide all my money. So take all your black T-shirts and mopey albums and go.” If you don’t believe us ask, Elle Woods, Esq.

Tracy Morgan survived a major car wreck that killed one other comic. Could this be definitive proof that God doesn’t like homophobic jokes?

Laverne Cox made history by appearing on the cover of Time Magazine. However, she lost her Emmy Award to costar Uzo Aduba. This proves everyone’s so obsessed with “Breaking Bad” they’ll even choose an actor who just looks like they’re on meth over someone who deserves an award.

Sony released “X-Men: Days of Future Past” way earlier than expected. This is most likely due to allegations of director Bryan Singer’s boy touching. He proved he could make a good film but still find new ways to fuck up a franchise. Meanwhile, Marvel’s “Guardians of the Galaxy” proved great casting can brighten up even the most obscure and least-favored franchises. Oh, and Chris Pratt is super fuckable.

HBO‘s “True Blood” farted off the air, proving that there isn’t enough blood, tits and magic to save bad writing. Speaking of, “Penny Dreadful” was a thing.

Michael Bay found the best way to make “Transformers” worse was to cast “The Happening” star Mark Wahlberg. To go back to his roots, Bay reunited with former “Transformers” star Megan Fox to rape another childhood franchise, “Teenage Mutant Ninja Turtles.” They did a decent job at making an amazing film fit for the discerning 7 year old — after all, they’re the only people who would plausibly believe Fox to be a reporter.

One way to raise awareness is to capitalize on people’s need to shamelessly promote themselves. The ALS Ice Bucket Challenge became a way incorporate two of our worst sources of entertainment: schadenfreude and viral celebrities. So everyone on the Internet decided to douse themselves with ice buckets. This is better than watching people with ALS cry while Sarah McLachlan plays.

Germany won the World Cup. However, for the first time America’s fair-weather soccer fans became engaged. However, they were not engaged enough to realize that Brazil’s corrupt government grossly misspent money to build a stadium to host the competition. However, there is no government corruption drinking game that coincides with it, so it went largely unnoticed.

Pint-sized, vaguely pre-teen Ariana Grande dominated the charts with her unique ability to manipulate her vocal scale. Meanwhile, her pink-haired half-brother Frankie Grande proved he could manipulate the Kinsey scale. He’s been getting his straight male castmates on “Big Brother” to explore the limits of bromance. The result is the most homo-social “will they or won’t they” on television since “Cagney & Lacey.” The after-show has been re-named, “Just the Tip.”

Elaine Stritch died and somewhere in heaven she, Anne Bancroft and Bea Arthur are playing roller derby as The Golden Hurls. We also lost Lauren Bacall and Maya Angelou, who are giving elocution lessons in the afterlife.

The saddest clown of all?

Robin Williams sadly committed suicide by hanging himself. He quickly became a non-stop topic of discussion for the entire month of August. It just goes to show you the more violent your death, the more everyone’s macabre tendencies will allow them to white-wash history. Everyone who has stepped forward with anecdotes about Williams made no mention of his series “The Crazy Ones” — or anything he’s done for the past six years. 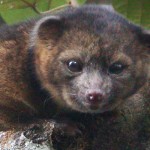 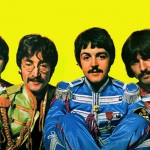