The photo of Aylan Kurdi, the 3-year-old Syrian boy who drowned while his family fled their country, finally got the world’s attention for a war that has been going on for years. It is a very disturbing photo, but not the only one coming out of the refugee crisis in Europe. Pictures of Hungarian police in riot gear abusing Syrian refugees has conjured up images of Hungarian authorities 70 years ago helping to implement Hitler’s Final Solution.

And the man behind the police is Prime Minister Viktor Orban, leader of the right-wing Fidesz party. He has just won our Red Forman Dumbass Award for his treatment of the refugees, not because the policies are racist and evil, but because they actually ran counter to what Orban himself said he wanted for Hungary.

Al Jazeera reported Orban saying, “I think we have a right to decide that we do not want a large number of Muslim people in our country. We do not like the consequences,” he said, referring to the country’s 150-year history of Ottoman rule during the 16th and 17th centuries. He told the refugees, “Please don’t come … It’s risky to come. We can’t guarantee that you will be accepted,” adding, “We Hungarians are full of fear, people in Europe are full of fear because they see that the European leaders, among them the prime ministers, are not able to control the situation.”

So, let’s parse this out, shall we? Prime ministers can’t control the situation. That seems to be an admission that Orban can’t manage his own country’s situation, and in my books, that means he needs to find another line of work. As for the Ottoman rule, that was some time ago — sort of like New Yorkers complaining about being ruled by the Dutch. Free New Amsterdam!

And I don’t know about you, but I am pretty sure that when a politician calls his own electorate cowards, he’s gone off the deep end — or he’s a dumbass.

Read more: Past Winners of Our Red Forman Dumbass Award

But here’s the real proof the man is a weapons-grade asshat: The refugees come from Syria, Libya, Afghanistan and other hellholes, and when they get to Hungary, they fucking buy train tickets to leave! His police were trying to stop the very Muslims he says his people don’t want from getting out of their country. Compared to their homelands, Hungary’s probably nice enough, but they all want to get to Germany (nice historical irony there). When they got off the trains in Germany on a recent Sunday morning, there were Germans cheering them and welcoming them.

Imagine that you have an unwanted guest in your home who announces that he or she is leaving. Don’t you make their departure as quick and easy as possible? Or do you lock the door and tell them that they can’t leave because you want the police to kick them out?

Friday, Sept. 4, Fidesz introduced some rather draconian laws to deal with the crisis. This includes a national database of Hungarian citizens, warrantless searches by the police and the construction of a fence along the southern border with Serbia. “New laws will make it a criminal offence to cross or damage the fence, and illegal border crossing will be punishable by up to three years in jail,” Reuters reported.

Orban might have a case for jailing people if they actually wanted to stay in Hungary. Based on the refugees’ own words, Hungary is nothing more than some land they have to cross to get to where they are going. It’s part of the Central European Fly Over, and a small part at that. From Szeged on the southern border to Esztergom on the northern one is less than a three-hour drive. In what peyote-fueled delusion does it make sense to jail someone for three years when they want to get in and out of your postage stamp-sized country between breakfast and lunch?

In some people’s books, Orban is evil. I’m sorry I can’t share that view. I think he’s stupid — to the point of being a dumbass. 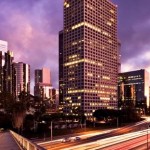 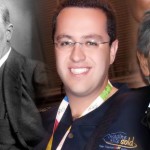