Last week, people the world over celebrated “Star Wars” on May 4 and 5, days that have become known as “May The Fourth Be With You” and “Revenge Of The Fifth,” respectively. While super fans and nerds might have thought they were celebrating all that is great about the films, they were really paying homage to creator George Lucas’ genius marketing and promotion acumen.

For fans, it is time to calm down with the fan obsession over “Star Wars.” How are they not tired of the franchise?

The two-day celebration invited fans to celebrate “Star Wars” by dressing up like their favorite characters. Maybe it is still pretty cool to adolescents or pre-teens, but for adults, grow up already and quit dressing up like a Jedi, Wookie or Darth Vader.

Events held in Toronto — where “Star Wars” Day celebrations began — invited fans to dress “as your favorite characters while being surrounded by other fans in the most wretched hive of scum and villainy.” The encouragement to engage in cosplay, a mashup of the words “costume” and “play,” seems rather juvenile or even just plain lame.

After the original three movies — 1977’s “Star Wars,” 1980’s “The Empire Strikes Back” and 1983’s “Return of the Jedi” were re-released on DVD, George Lucas in his infinite wisdom chose to add goofy and out-of-place computer-generated imaging scenes, which did not fit in with the originals.

The franchise immediately became lame almost 20 years ago with the all-for-the-money release of 1999’s “Star Wars Episode I: The Phantom Menace.” This began the trend of the franchise completely leaving its roots behind to become a kid-friendly, marketing and promotion machine.

The original trilogy are classics that have now, unfortunately, been lumped into the subsequently released, mediocre-to-terrible prequel round — “The Phantom Menace,” 2002’s “Attack of the Clones” and 2005’s “Revenge of the Sith” — but no one seems to care. Strangely, the watering-down of storytelling and overall quality seems to have only increased fan interest among adults who grew up watching the originals.

Adults who remain devoted to the franchise continue to attend events in costumes and buy collectibles while being careful to not take them out of the box to preserve maximum value. They also act like excited kids when any news or rumors about the franchise or December’s upcoming reboot, “Star Wars: The Force Awakens,” is announced.

Will these people ever grow up and put the light sabers away for good? And seriously, how do they still care so much about “Star Wars?”

With nearly everyone raised to believe self-expression is important, most parents reinforce their kids’ specialness by encouraging them that being yourself is the most valuable lesson. But at some point, shouldn’t we all have to grow up and conform a little bit and maybe no longer buy “Hello Kitty” stuffed animals … or “Star Wars” crap meant for kids?

Parenting has evolved to cherish childhood wonderment and an embracing of our true selves, however childish they may be, but sometimes it can get to ridiculous levels, especially in the transition to adulthood. If you could see putting on a Darth Vader costume and going out in public to battle someone in an epic struggle that pits good vs. evil, then we are quite different.

Franchise nerds are really only celebrating how far mainstream “Star Wars” has become — and how far it has departed from its formerly cultish, samurai and Eastern philosophy inspired roots. Just look at the photos in the link that famed photographer Annie Leibovitz took for this month’s cover of Vanity Fair. “Star Wars” in a fashion magazine! Why? Just take a look at Harrison Ford’s totally bemused “how-did-I-even-get-here/let’s-get-this-over-with/I’m-only-here-for-the-payday” face. How can fans get excited for the “final” three movies when the first three reboots basically stunk? I was a big fan of the movies — when I was 12 — and have since had to grow up and get a job. But with the next trilogy coming out to complete the nine-part series, who is really excited or can’t wait to stand in line to spend, like, $15 or more to see “The Force Awakens” when it comes out in December?

Meet the new faces of #StarsWars: Rey, Finn, and a little droid who goes by the name of BB-8 http://t.co/CucqyVrcrj pic.twitter.com/Xcd45JEIO4 — VANITY FAIR (@VanityFair) May 5, 2015

Take a look at that above photo. Does that look like “Star Wars?” The universe is supposed to be filled with thrilling adventures, bizarre creatures and outer-space danger. These characters look more like the ghouls David Bowie hung out with as the Goblin King in “Labyrinth.”

Regrettably, “Star Wars” went from a cultish, ninja and samurai Eastern-inspired tale that resonated with elements of the counterculture to being absorbed into the mush of generic marketing, promotion and sales of generic crap, and it’s now to the point that it no longer resembles the first movie that became a pop-culture benchmark.

The true harm in all this is what the reboots have done to sully the original and its subsequent franchise as a whole. But, like anything that was once cool, after “Star Wars” became popular and went mainstream and was commoditized, it lost much of its original mystique and has since become something much more mainstream. 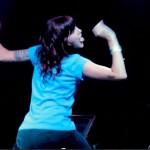 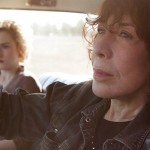