I’ve been called upon to talk to you guys about what happened between Jay-Z and Solange Knowles, who is Jay’s sister-in-law. As you may have heard, there was a bust-up in an elevator. They fought. It was … interesting to watch. Then, according to paparazzi shots of the night, they apparently chilled out right afterwards.

I may have a little bit of insight into this situation: A couple of weeks ago, I was at an event where Solange was DJing. Let us leave her DJing ability aside for a little while (read: It wasn’t that good, she was slamming between songs and not even mixing). What hit me was the eight-person entourage that she carried with her.

What was interesting is that I tried to take a picture of her. I also freelance for a men’s fashion magazine, and this was a watch launch. Ultimately, I just wanted to take pictures of her so that it would go with the article. I approached the DJ booth and asked the gentleman standing next to her if it would be OK if I took a picture of her behind the deck so that it could go with the article.

The gentleman, wearing sunglasses at 9 p.m. on a Wednesday night, gave me an emphatic, “No” before wiping his nose, and then telling me that he repped another musician, and that I might be interested in hearing them. Now, reader, I have read “Bright Lights, Big City” and, in my younger and more formative years, DJed for a while. I can tell you when someone is under the influence of cocaine. This guy was drugged up to the gills and wasn’t hearing a word I was saying and was trying to pull one over and turn a simple photo opp of his supposed friend Solange into him pitching me some other band. I get it. People pitch bands all the time. But I walked away from the interaction thinking to myself that perhaps the people that hung around Solange were not good people.

Fastforward to today. Beyoncé tweets/Instagrams a note about “good influences” while she, Jay and Solange are in the middle of this kicking-and-screaming-in-an-elevator controversy.

My hypothesis is that Solange is hanging around the wrong crowd, and that she may have been (again, I’m trying not to say either way) under the influence of drugs, something she has admitted doing in the past, possibly because she’s hanging around a bad crowd. Am I hanging this on one/two interactions with her entourage from one night? Yes. But good lord, hangers-on have brought down stars bigger than her.

There’s nothing worse in this world than hangers-on — the kind of people who hang off of someone who actually has talent. This is nothing new in the music industry. But Solange is genuinely talented in her own right (check out her work with Blood Orange on her solo outputs to see exactly what I mean). One can only hope that her takeaway from all this is that she realizes that the people she’s hanging out with, her entourage so to speak, might make her feel good for the moment, but are doing nothing but trying to get themselves ahead and using her as a springboard.

It ain’t a pretty scene. It’s a shame that this became such a public spectacle, but perhaps Solange needed that for her career. Maybe she’ll learn from this. Maybe she won’t. All I know is that I’m writing this in a Starbucks and that she’s probably lounging in her spacious apartment. But at least I got good friends that will hang out for me. That, amigos, is priceless. 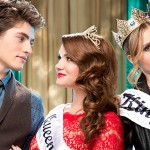 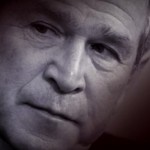