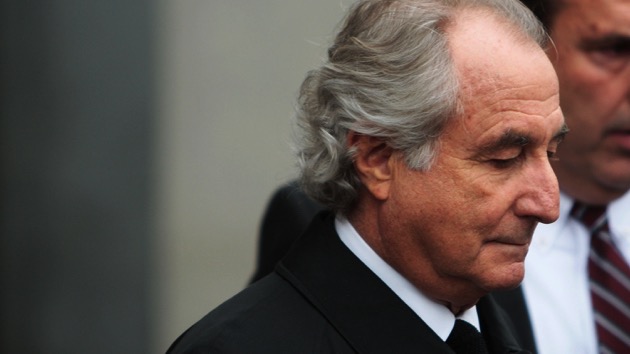 Eco-terrorist Rebecca Rubin was recently sentenced to five years in prison for her crimes. The Oregon judge who handed down the sentence also tacked on a hefty fine, plus a bunch of community service and, oddly enough, a two-book reading assignment.

Judge Ann Aiken assigned Malcolm Gladwell’s “David and Goliath” for Rebecca to read, in order to teach her about nonviolent protests. The environmental rights arsonist, who spent seven years on the run in Canada, has also been assigned “Nature’s Trust,” by Mary C. Wood, a book that “exposes what’s wrong with environmental law and offers transformational change based on the public trust doctrine.”

That’s some pretty highbrow reading for a convicted felon, even if her intentions — although not her actions — were coming from the right place when she broke the law.

This “book learning” style of punishment piqued my curiosity, and made me wonder if other criminals could benefit (or would have benefitted if still alive) from the same technique. With this thought in mind, I’ve created a list — albeit a rather tasteless list — of court-assigned reading tasks for famous Americans who have tangled with the law.

This novel, which is about searching for inner peace, could have taught the notorious Bundy (executed by the State of Florida in 1989) about how to wander the land in search of enlightenment without indulging in mass murder, rape and necrophilia. That would have been a considerable improvement for all who ever came into contact with this terrible man.

This science-fiction short, which was turned into an episode of the television show “The Twilight Zone,” ends with the deciphering of the contents of a book written by an alien race. Just as Mr. Chambers is about to board an alien spaceship, his assistant warns him, “Don’t get on that ship! The rest of the book ‘To Serve Man,’ it’s … it’s a cookbook!”

I’m sure Dahmer, a noted cannibal, would have gotten a kick out of that ending. I doubt any other reading assignment could have ever led to his rehabilitation.

Now that Mr. Kozlowski, the former CEO of Tyco International who was sentenced to prison for committing hundreds of millions of dollars worth of fraud, is out on parole, he’ll need to take up his own cause. What is his cause? Why, proclaiming his own innocence, of course. Considering all of the people he’s pissed off over the years, he’ll need all the help he can get. Acquiring some persuasive speaking skills would be a good place to start.

While Lindsay Lohan has had her ups and downs with sobriety and the law, I still hope she can sort it all out. Caroline Knapp’s story about her own fight with alcoholism, and how addiction can warp a human life (not in a good way) can serve as warning to anyone struggling with substance abuse. No joke here. Take better care of yourself, Lindsay.

Bernie Madoff — “We’re All Doing Time: A Guide to Getting Free,” by Bo Lozoff

Bernie Madoff is famous for creating a wealth management business that was actually a massive Ponzi scheme. The spiritual and love advice (not that kind of “love” — get your minds out of the gutter) found in “The Convict’s Bible,” “We’re All Doing Time: A Guide to Getting Free,” should help Bernie out — bearing in mind that he’s serving 150 years of prison time for his numerous financial crimes.

Charles Manson, the infamous murderer, has been denied parole 12 times. Obviously he’s doing something wrong, but that doesn’t mean he has to feel defeated. Perhaps “The Power of Positive Thinking” can help Manson adjust his attitude. Hey, just because you’re in prison for life doesn’t mean you have to be a Debbie Downer about it.

Wesley Snipes — “How to Pay Zero Taxes,” by Jeff Schnepper

Mr. Snipes might be playing with fire with this one, considering the fact that he was caught, and has already served prison time for filing fraudulent tax claims. But how can you resist the book’s subtitle, “Your Guide to Every Tax Break the IRS Allows”? C’mon, Wesley, what would Blade do?

While this book might seem like a strange choice at first glance, it’s a perfect fit for Edward Snowden. Joseph Conrad, who was born in Poland, didn’t like Russia very much. He also didn’t care for Russian ideas about revolution, or their tendency toward tyrannical rule. Taking into account the reassertion of Russia’s aggressive stance in Eastern Europe, Conrad’s novel might give Snowden some valuable insight into his new, adoptive Russian home.

George Zimmerman – “Racism Without Racists: Color-Blind Racism and the Persistence of Racial Inequality in America,” by Eduardo Bonilla-Silva

All right, this book might be a bit too scholarly for the likes of Zimmerman, but since he’s not locked up yet (as of this writing), he should definitely read about the changing nature of racism in America. Subtle racism is just as harmful, if not more so, than the louder and more overt forms of prejudice that are easier to point out — which, ironically, were exemplified by the race issues surrounding Zimmerman’s trial.

If George is going to continue to live among us, he needs to acquire a deeper understanding of what it means to be human — regardless of a person’s ethnic background or color of skin. 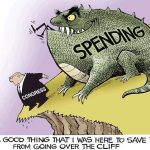 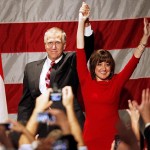