What do Sylvester Stallone, Tom Berenger, Danny Aiello, Kyra Sedgwick, Tom Sizemore and rapper Nelly have in common? The answer is they’re all in the new dramedy, “Reach Me,” written and directed by Emmy Award-winning John Herzfeld.

Teddy Raymond (Berenger) writes an anonymous book about personal empowerment. It’s embraced in a cult-y way by vastly different peeps. We watch a fire-starter (Sedgwick) leaving prison after serving time for trying to kill her husband, a gangster who loves to play golf (Sizemore), an alcoholic priest (Aiello) and an undercover cop (Thomas Jane) who keeps confessing to the priest every time he kills somebody. A ruthless gossip blogger (Stallone) decides that outing Teddy’s identity would make a great story, so he tasks a reporter named Roger (Kevin Connolly) with tracking him down. A rich rapper (Nelly) becomes an enthusiastic mouthpiece for the book on talk shows, and Roger falls for a beautiful woman with a prominent cleft lip scar (Lauren Cohan from “The Walking Dead”).

And there’s more. Kelsey Grammer punches people out in a cameo as a crime boss. Danny Trejo is a hitman. It’s a lot of characters to keep track of. If only it had been 100 percent dark comedy, it would’ve worked. The problem arises in the dramatic storyline as the story arc gets muddled and clichés abound.

What a cast, though! It could’ve been great. I must say it would’ve been much more fun to watch Stallone if his face didn’t look so oddly puffy — like a boozer or, more than likely, a man with the Hollywood “disease” of too many facial fillers, but I just recently ranted about people picking on Renee Zellweger for changing her face, so I’ll leave the snark out.

What TheBlot Magazine wanted to know more than anything is how Herzfeld landed such a fabulous cast for this low-budget indie whose funds were raised first on a Kickstarter campaign and then moved over to Indiegogo. Why the jump? Because on Kickstarter, a few people donated too much money. (Don’t you hate when that happens?) Indiegogo accepts large donations — Kickstarter does not.

Dorri Olds: How did you land so many name actors?

John Herzfeld: I just called. Sly Stallone is an old friend. He read the script, and said yes. Then I reached out to Danny Aiello, who I’ve made five movies with. Then we got Thomas Jane. We called our friends, and our friends called their friends.

I got to Tom Berenger, and he said yes. One of our producers knew the mother of Danny Trejo’s children, so she made a couple of phone calls and got Danny. I already knew Tom Sizemore. One after another came on. It was like we were building a train.

A good agent set up a meeting with Kevin Connelly — who is wonderful in the movie. Here’s a great story: He was a chain smoker, and there’s a scene where he’s playing a chain smoker. He goes down to the water with Tom Berenger’s character, who puts him through an exercise to yell at the water, “I don’t smoke! I don’t smoke!” After we’d been there all night shooting that scene, Kevin Connolly, who smoked two packs a day since he was 14, turned to me and said, “I’m going to quit smoking.” Tuesday night was the L.A. premiere, and Kevin came up to me with this big grin and said, “John! I have not smoked a cigarette since that night.”

How did you come up with the idea of yelling at the water?

When I was broke, I’d shout at the Hudson River at two in the morning, “I’m going to make it in this business.” It worked.

Did you ever smoke cigarettes or drink to excess?

I’ve had a million vices, but not smoking or drinking. I gambled a lot as a teenager until I ran into the same problem that anybody who gambles does: You start to lose. You get in deep, and then you get in deeper. Certainly I’ve done things when I was broke in New York that I wasn’t proud of, but stopped because I thought it was bad karma.

Can you be more specific?

Well … what can I say? I don’t want to incriminate myself. [Laughs] But I learned life is about looking in the mirror and feeling good about yourself.

What’s next for you in the entertainment world?

I’m working on a couple of projects. One is a modern-day Western. It has to do with immigration problems that are happening now at the border of Mexico. I loved the movie “No Country For Old Men.” Tonally, my movie won’t be the same, but I love Westerns, and I’m writing the script.

Is there anything more you’d like to add about “Reach Me”?

This movie is for anyone that’s ever had challenges or made mistakes and wants to change. There’s a line where a character says, “Are you living up to your own expectations?” So many of us give up our dreams. You get settled in an occupation and don’t become what you wanted to be as a kid. I believe it’s never too late to overcome setbacks. You can change if you have the will, desire and bravery to change paths like in that Robert Frost poem, “You keep putting one foot in front of the other,” and “It is better to take many small steps in the right direction.” You know, instead of speeding up in the wrong direction. 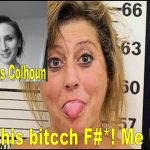