Remember in high school, when the kind of music you listened to defined who you were as a person? It influenced the way you dressed, who you hung out with, what you did on the weekends. That was probably a little drastic. Music shouldn’t control you as much as you should control your music. You should take pride in your playlist! It’s no different than a wardrobe you spent years building, or a house you’ve meticulously decorated. There are very few things in life as inexpensive as music that can generate such an emotional reaction. When I heard Lana Del Rey’s “Summertime Sadness” for the first time, I literally got goosebumps. You wait 90 minutes into a movie to get to the part where it gives you goosebumps, and the popcorn was nine bucks. Are you getting excited about music again yet?

We’ll keep this our little secret. I’ll do all the dirty work for you. You know the basics, like Lady Gaga, Jay Z and Rihanna. Based on those artists you already love, I will find you new, exciting music that gives you back those goosebumps. Every installment, I’ll feature a few artists you may not have heard yet, that share some similar characteristics or styles to ones you do know. Then you can impress your friends with your shiny new playlist at your next party and take all the credit — I don’t mind. This is Rare Cuts.

Twenty years is a long time, especially in a genre that’s essentially in its late 30s or early 40s depending on who you ask. Many have come, many have gone, a few have even created genuine classics. “Illmatic” is just that, a collection that has not only stood the test of time, but transcended a genre. It’s the story of a scrappy kid from Queensbridge, who in only 10 songs managed to usher in a new era of hip-hop. In the 20 years since Nas dropped “Illmatic,” you can argue whether or not he’s the greatest lyricist of all time, but you can’t argue the cultural shift he caused with that first album. In this special edition of Rare Cuts, we’ll look at some young artists that have been influenced by Nas as we raise a glass to celebrate 20 years of “Illmatic.” Cheers.

I’m going to keep it brief because I have a full-length feature on KDot coming very soon to TheBlot, but you don’t need me to point out the similarities between him and Nas — it’s uncanny. From the raw feel of his lyrics to the goosebump-inducing truth and honesty in his storytelling, it really does feel like the second coming. Kendrick may very well go on to sell more records than Nas, but I’m sure even he will tell you one of his greatest accomplishments was to be mentioned in the same sentence. You truly get a very similar feeling listening to 2012’s “Good Kid, M.A.A.D. City” as you do listening to “Illmatic”; they put you in their shoes and paint a portrait of life and circumstance.

I wanted at least one other New York artist on here because it only felt right, and Nast has always had a little bit of a ’90s vibe to his style. It could be debated that he’s going to be the next A$AP Mob member to take the step into the big leagues after Rocky and Ferg both dropped huge albums at retail in the last 18 months (cases can also be made for Twelvy, whose single “Xscape” just dropped this past week, and Ant, who has had a series of strong releases recently). Regardless, in listening to his most recent single, “Trillmatic,” featuring the legendary Method Man, it feels like it could have come out in ’94 right alongside “Illmatic.” The raspy cadence of his voice, and the  raw nature of the music itself really takes you back. If you want to hear more, make sure you cop the upcoming A$AP Mob album, “L.O.R.D.”

True story: I met this kid probably four or five years ago. My old radio partner DJ City and I were hosting a showcase at the old Shadow Room in Connecticut, and after we set up we went next door to Ted’s for some pre-show grub (go to Ted’s immediately if you’re in Connecticut — best cheeseburger on the planet) and this kid asked if he could do an opening set for us playing his beats. We said, “Fuck it, go ahead.” Little did we know, he was an insane talent and subsequently killed it. He started sending me songs of him rapping shortly after, and the rest is history. Dom is garnering attention across the country, from a SoundCloud account that does insane numbers to features in Complex and XXL. He’s quickly making a name for himself in the industry, and doing it all without compromising one bit of artistic integrity. From his delivery to his content to his videos, everything Dom does is just … different. Along with his AliveSinceForever crew (also go look up Kevin Abstract and MiC Kurb), he’s quickly setting himself apart in a time where most artists are just blending in. Yarm. 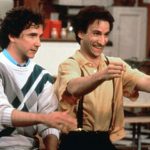 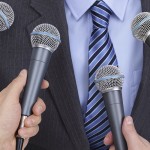