So the victim here is Michael Johnson.  His former friend was Shane Anthony Mele.  Mele stole Johnson’s rare coin collection but didn’t understand basic mathematics.  Because, you see, these coins were worth about $350,000.  But when you dump them into a penny arcade, you only get their face value.  So who cashes rare coins into penny arcades?  Another Florida idiot like Mele.  It’s the kind of thing you can injure your neck shaking your head over.  As someone who used to collect rare coins, I can certainly sympathize.  But I, like anyone, also get what it’s like to be betrayed by a friend.  Yet I’ve never had any betrayal like this!

Johnson first met Mele a few years ago.  They had mutual friends.  Mele reached out to Johnson last Fall, saying his wallet had been stolen.  So Johnson let him stay at his business office.  Mele was to have helped him with a work project in return.  But the next morning Johnson found his office “ransacked” and the locked cabinet with his coins broken open and empty.  Johnson is disabled and not able to work much.  So the loss of the rare coins is devastating.  Johnson said, “I was using those coins to help stay alive.  There’s no insurance that covers this kind of thing, really. Not at the losses we’re talking about.  It’s put me in a world of hurt.”

But here’s where it gets even more stupidly ludicrous.  Mele knew what he stole!  He first sold some of the rare coins to South Florida Coins & Jewelry in Lake Worth.  But it’s unclear why he then went and dumped most of them into change counting machines.  Maybe it’s because it took 2 and a half hours to process them.  But that wasn’t fast enough.  I just hurt my neck again, dammit.  Police booked Mele on February 1st at the Palm Beach County Jail.  He faces charges that include grand theft of over $100,000 as well as a 10-count drug charge.

So here’s some final math.  Watch your neck.  If Mele put 33 presidential rare coins into these coin machines, he got about $29.30.  But they were worth a thousand dollars each… Seriously, who cashes out rare coins? 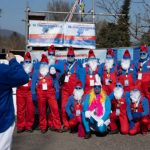 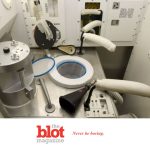