So does anybody remember that awful (but also great) movie, A Weekend At Bernie’s?  Well, even if you’ve never seen the movie or know what it’s about, you’ll still understand why we are covering this story.  A few weeks ago, yet another rapper was shot dead.  This one went with the stage name, Goonew.  He was found dead with gunshot wounds in a Washington, DC parking lot.  The running theory is he was the victim of armed robbery.  Sad, yes.  But the funeral for this rapper was just a little bit different.  His corpse was propped up, so it could oversee the fled spirit’s own funeral event.

EVEN BY ANTHROPOLOGICAL STANDARDS, PROPPED UP RAPPER CORPSE A CAUSE FOR DISMAY

And no, that’s not hyperbole, a joke, or an Onion piece made in bad taste.  That is, indeed, a picture above of the corpse of the rapper, in situ at the funeral.  While I’m not one to judge, I must say this was a little odd.  Sure, I’m a little old fashioned.  But  even I know that the world today still has some death rites that Id find to be crazy by my standards.  But who would have guessed that a propped up rapper corpse would be on display at said rapper’s funeral at a nightclub in America’s Capitol?  Because this literally just happened!  And yes, that is a crown you see on the corpse’s (ahem Goonew, aka Markelle Morrow’s) head.

Irishman Pranks Everyone At His Funeral With Voice Recording

The nightclub, if you are curious to know, was Bliss Nightclub.  I’ve never been there, and this news likely ensures that I never will.  And it’s clear that some people who went to the funeral feel my dismay.  Some danced to the music playing, beneath the otherworldly gaze of the propped up corpse.  Others simply stood there, stunned at what was there before them.  The corpse of the man’s funeral they came to attend.  But not in a coffin.  Propped Up!  The nightclub says it had no idea the rapper corpse would be in that situ.  I guess we’ll see if there are any legal ramifications!  For the living, of course. 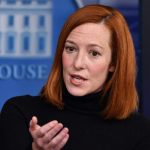 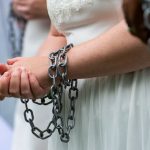