A woman in Britain has received a six-year jail sentence over a dangerous online rape fantasy involving an unwitting co-worker.

Joanne Berry of London’s Grove Park neighborhood was convicted two years ago of using Internet chatrooms in an attempt to lure unwitting young men to the home of a former co-worker in an apparent revenge ploy over lost employment.

According to prosecutors, Berry posed as the victim online, telling men in Internet chatrooms that she had a fantasy of being raped by a stranger. Several men showed up to the home of her former co-worker after she gave them the victim’s address.

Acting on the fantasy, one man tried to barge into the victim’s home. The man, who was not identified, aborted the plan after realizing that he and the victim had been set up, according to the Press Association.

A judge said Berry’s behavior was likely triggered by a sudden end in her employment. The victim in the case originally showed sympathy toward the woman, but Berry’s strange and often “erratic” behavior caused the victim to keep Berry at arm’s length.

“That (the victim) was not in fact raped or seriously sexually assaulted is entirely fortuitous,” the judge said at sentencing.

The unidentified victim told the court that the ordeal left her so frightened that she now refuses to sit in her own garden out of fear that someone with ill-intentions might show up to harm her. She also described suffering panic attacks provoked by Berry’s behavior, which the judge described as “wicked.”

In handing down the six-year prison sentence, the judge said evidence presented against Berry at trial was “compelling,” painting her action against the victim as “wicked and calculating.”

“The trauma inflicted upon (the victim) was, as can only be imagined, very substantial indeed,” the judge said.

Berry was convicted of common assault, attempting to cause a person to engage in sexual activity without consent and committing an assault with intention to commit a sex offense. Her convictions will land her on Britain’s sex offender registry once she is released from jail.

The case drew similarities to one in the United States in which a man admitted to cyber-stalking a former love interest by using an online classifieds website.

Kenneth Kuban, 61, plead guilty last year to stalking and identification fraud in connection with an Internet scheme in which he posed as his ex-girlfriend in more than 160 Craigslist.org advertisements.

In the advertisements, Kuban gave out his ex-girlfriend’s address, informed men to ignore “No Trespass” signs on the property and offered advice on how to evade a security gate that had been installed. In some cases, the man even ordered respondents to perform specific sex acts on the victim.

According to the Associated Press, Kuban used his work computer at the Library of Congress to post the majority of the ads. Less than 60 were posted from his home computer. In addition to cyber-stalking, Kuban was convicted of violating a protective order that his ex-girlfriend had in place against the man.

Kuban was sentenced to five years in prison in November. 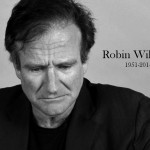 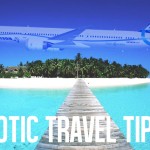