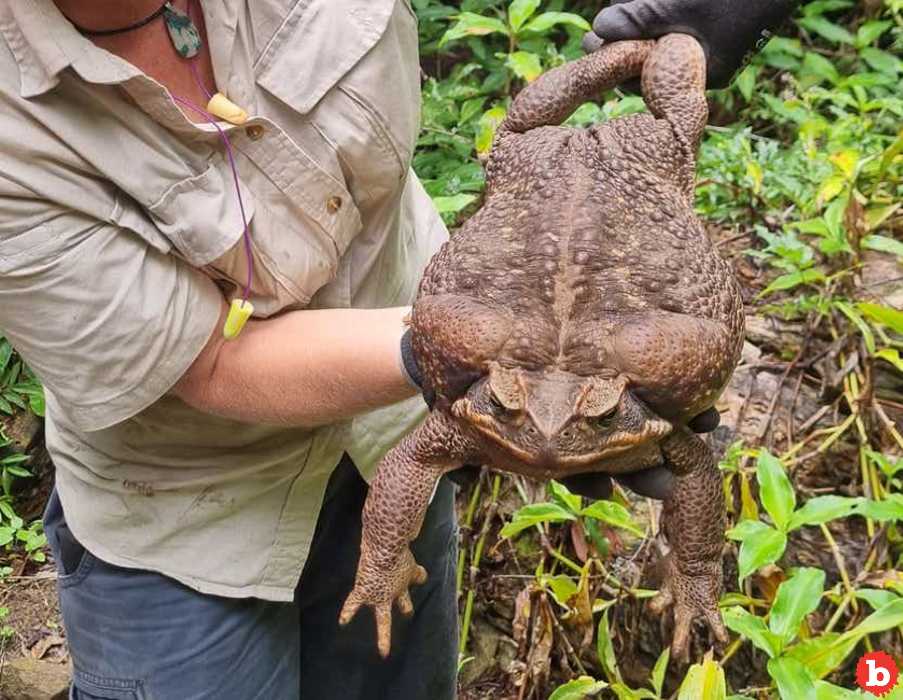 Catching frogs is something many kids love to do, often to their parents horror and disgust.  “You’ll get warts!”  I certainly heard that a few times in my grubby amphibian fingers time as a youth.  But I never imagined there was anything like the cane toad as a child.  This one was found Down Under.  Or, rather, you can literally stumble across one and break your neck if you’re not careful.  That’s how large the record-breaking cane toad is that Rangers just found in northeastern Australia.  Just look at that thing!  It weighs 6 pounds!  It’s so large, the rangers are calling it Toadzilla.

The rangers had been in Conway National Park in Queensland last week, conducting track work.  The state’s Department of Environmental and Science tweeted that the rangers “were shocked to find a monster cane toad.”  Ranger Kylee Gray said they found Toadzilla after she left her vehicle to let a snake make its way across the track.  She immediately reached down and grabbed it, amazed at how insanely large and heavy it was.  The rangers removed the cane toad from the wild, as they will literally eat anything that can fit into its mouth.  And at that size, Toadzilla can eat a lot.

But Toadilla isn’t just the largest cane toad in the world.  It may be the largest toad ever found, even larger than the pet toad Prinson in Sweden, which weighed in at just over 5 lbs in 1991.  But cane toads aren’t native to Australia.  They’re from South America and mainland Central America, and were first introduced to Australia to battle against cane beetles in 1935.  But they’ve become an invasive species since and have “had a devastating impact on” native wildlife in Australia.  Unfortunately for toadzilla, it’s been euthanized after its record-breaking discovery. 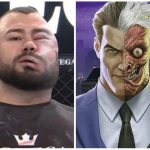 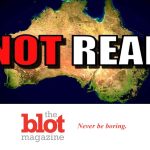