So how did I miss this?  Maybe because there are just too many of these stories, every single day?  Maybe that’s why.  This is a story about Andrew Johnson.  So he’s a High School on the wrestling team at Buena High School in New Jersey.  But he’s black.  And he had sweet, crazy long dreadlocks.  Well, at least for high school.  He had competed being black and with those dreadlocks with no troubles before.  But that all changed on one particular day at one particular match.  But sure, he also had the mandatory head cover.  Yet that didn’t matter.  One racist ref forced Andrew to cut off his dreadlocks in order to compete.

Read More: Are Your Teens Ready to Go to College?

RACIST REF ALAN MALONEY REFUSD TO BACK DOWN FROM HUMILIATING DEMAND

So the racist, white ref was Alan Maloney.  And he gave this young, black athlete a disgusting choice.  Cut off the dreadlocks or forfeit your match and lose.  I mean, let’s be real.  When I played high school sports, I did whatever I had to, to be able to compete.  But no one ever did anything like that to me.  But don’t get the impression that Andrew had no support.  His coaches argued with the racist asshole ref for a number of minutes.  But then Maloney started this 90-second injury clock.  In wrestling, that means you have a minute and a half to be ready or lose.  In this case, being ready meant agreeing to the racist’s demands.

DISTRICT ONLY BANNED REF FROM WORKING IN THAT PARTICULAR SCHOOL DISTRICT, WHY?

Andrew did, of course.  He didn’t want to lose and he didn’t want to let his community down.  But the video of this is just heartbreaking.  I can imagine seeing this when I was that age.  But I have no idea how I would have reacted.  I like to think that I would have said, hell no.  This is bullshit.  Go screw yourself.  We’ll take the loss and hang it around your name for all time.  But I also remember being part of a group that erred on the side of doing what you’re told.  It’s called being in high school.  Those who don’t are rebels and troublemakers.  But regardless, the superintendent said that Maloney had only been sidelined from working matches in that regional school district.

And oh yeah, let’s not forget that Maloney had a history of getting in trouble for making racist remarks, too. Nobody is forcing him to be a racist. And nobody is forcing the Superintendent to keep paying him, either. 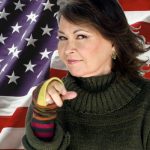