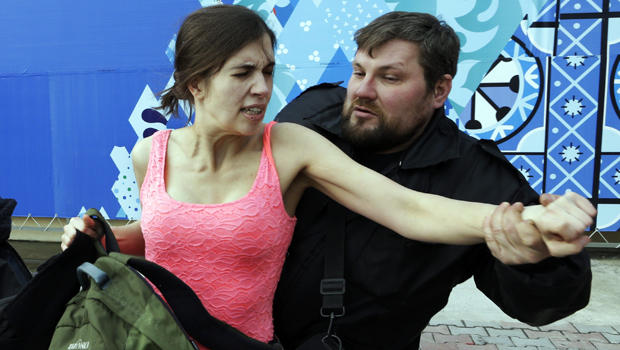 Pussy riot is the new face of Russia. Less than two months ago, Pussy Riot members Nadezhda “Nadia” Tolokonnikova and Maria “Masha” Alyokhina were sitting in Russian prison on charges of hooliganism. Just a few hours ago, they were sitting in front of the New York City media at a press conference hosted by Amnesty International. Tomorrow, Pussy Riot plays the Barclays Center in Brooklyn, but I have to wonder how much longer they will be known in the West as artist/musicians. They announced a new human rights groups, Zona Prava (The Zone of Rights, more or less), and it may take up all of their time.

I am usually suspicious of musicians and other artists with a cause. It’s not that they aren’t sincere and passionate; it’s that they usually don’t know the details and haven’t done their homework. As I often put it, I don’t want to hear a musician’s views on politics any more than I want to hear a song by a U.S. Senator. Sometimes you get a Bono or a Sean Penn, but usually you get self-promotion using other people’s misery from someone who hasn’t had a hit or a best seller in a while.

In the case of Nadia and Masha, I was impressed by their opening remarks in which they themselves did not figure greatly. They didn’t go on and on about their case, their imprisonment and the general unfairness of it all. Instead, they talked, through a translator, about the protests against the Putin regime, about environmentalists who are in jail, and in particular, they talked about the Bolotnaya 12.

These unfortunates are being tried slowly, kept in a small stuffy court room for 40 or so hearings so far. On court days, there is no food nor water for them. Their friends and family are prevented from attending the trial, and the judge appears uninterested in the objections of the defense council. Nadia maintained that they had all kept their sense of humor and were in good spirits, but people facing five or six years in Russian prison for political crimes are between the proverbial rock and a hard place.

Nadia went on to explain that political prisoners are singled out in Russian prisons for special attention from the guards. This is a holdover from Soviet times, and for all I know, Tsarist times as well. Have a look at Solzhenitsyn’s “Gulag Archipelago” and you’ll find that Zeks (political prisoners) were treated much worse than plain old criminals.

The women went on to say that they had recently signed a petition that will go to President Putin (and therefore, will be immediately ignored) that calls for the repeal of numerous laws, what Masha called the “absurdity of the the last four and a half years.” Actually, that was how the translator cleaned it up. Masha knows enough English to have corrected him — the word she used is much closer in English to “bullshit.”

Among the laws they find appalling are the Foreign Agents Law (which makes most civil rights work impossible as it bans foreign funding among other things), the law against “gay propaganda” (which is making Sochi so interesting in a bad way), the law against insulting the feelings of believers (which prohibits saying things that might offend the Orthodox Church — which would like to make homosexuality itself a crime), and the laws and blacklists related to Internet censorship.

Masha finished up their remarks with a rather sad statement. “A lot of people are unjustly in jail now, and we expect that number to rise.”

In order to combat that, they are starting a new human rights organization called Zona Prava, the Zone of Rights. Quite how it all fits in with Amnesty International, Human Rights Watch and all the others is hard to say right now, as the thing isn’t even off the ground yet.

A final thought: I couldn’t help but think of these two as girls. They are roughly the age of my kids, and I will probably always think of my kids as children despite the growing evidence to the contrary. People in their 20s should be dancing and partying and singing and making out. They shouldn’t have to go to jail for the right to express themselves. I left thinking that if either were my daughter, I’d be a very proud father. I don’t believe journalists can or should be objective; I am on their side and they are formidable. 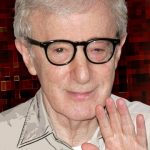