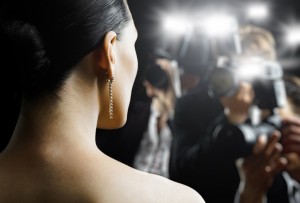 I‘ve always remarked that, as the person who has routinely given column mentions to all the aspiring celebrities on the club scene through the years, I’m sort of a publicity dealer who doles out hits of validation. And there’s nothing more powerful than the urge for a hit of PR, since insecure people desperately need their names and faces in print to prove they not only exist, but they’re fabulous. In regular doses, fame is harmless and even enjoyable, but an addiction to it can be as strong as one to real drugs or to anything else people become hooked on against their own best interests. It can become consuming, alarming and downright dangerous — not fabulous at all.

A friend of mine was once in a drugged-out state (yes, real drugs) and on the verge of total collapse, but as she lay there in a pool of her own vomit, she was valiantly pointing to a magazine and gurgling, “Look! My picture is in Details!” The scene was a little bit touching and a whole lot disturbing — a wake-up call for everyone involved and a realization that the love of press is not exactly character-building when taken to grotesque extremes. The lure of la publicite is so strong for some people that, even barely coherent, a press whore can summon enough focus to alert people to their latest mention!

Downtown clubs, by nature, attract a lot of insecure people. These places are filled with clubbies who were bullied in their hometown or not accepted by their families and join together to create a whole new family of acceptance in a very inspiring way. But of course, any family has its flaws, and their new clubland clan — dotted with the human equivalent of broken toys — can easily become plagued with self-doubts and rivalries that lead to serious one-upmanship. Put two drag queens overcompensating in the same room, and you’ve got a lot of loving sisterhood, but also an unspoken sense that one is going to achieve more notice than the other and in the process, will erase that awful hometown experience with a way louder snap.

On the real celebrity scene, the stakes are higher, and the tactics are grander as stars vie for more and more press (albeit in a way they can control). The Kardashians are a prime example of heat-seeking missiles who cleverly manipulate their every moment on the planet so they can reap more PR out of it. I’m writing about them right now, so obviously they’ve succeeded in their diabolical plan! Addicted to the glare of the spotlight (and the resulting cash that comes with it), these people live their lives for the camera, milking each mishap and personal drama for 15 more minutes. They’ll even make up mishaps and personal drama if it’ll get them some more camera time. When Kim and Kanye got married last month and it seemed to be tastefully “private” (if you can call garish proceedings in Europe private), I immediately started wondering who they sold the exclusives to. I figured People magazine would be high on the list to bag the photos, and friends suggested that E! would probably get a televised special out of the whole shebang. Well, both predictions turned out to be true. The Kardashians never disappoint. They engage in life rituals in order to get more famous — and get more famous in order to engage in more life rituals.

And once celebrities start on that self-gratification parade, there’s no real satisfaction achieved as they compulsively aim for bigger, grander, greater things. A celeb can always hope for a more important magazine cover, a more watched TV special and younger looking photos. Nirvana is never reached since press whores find themselves always striving for more press, each mention only serving as a Band-Aid for a craving that can never be truly fulfilled. And then suddenly, they’re over. Often through no fault of their own, a fame seeker will find that they’ve become yesterday’s potatoes because the public has tired of them and there’s someone new coming around the bend. With no publicity rehab center to go to, they simply fall apart and/or advance to other addictions to fill the void. It’s a tragic scenario that I witness four times an hour!

The decline of print and the rise of social media has complicated all this, though basically it’s the same old problem, just set in a different landscape. Getting mentioned in something like New Yorkmagazine or a daily paper doesn’t mean as much to up-and-coming people anymore since that’s considered old-school. It’s more meaningful for them to get a hit on a major gossip site or to have their tweet retweeted by a big celebrity with 20 million followers. And even that can be addicting, as people long for more blog mentions and constant retweets by the rich and famous. Press whores will “follow” anyone well known in hopes of getting some residual luster from it, a new development since in the old days when there was a communicational wall up between stars and wannabes.

What’s more, Facebook gives people an intoxicating feeling of getting noticed by lots of others. If you have the maximum of 5,000 “friends,” you could reach more people with a simple posting (especially if some of your friends share it) than if you’d written an article in a dying magazine. So the press craving is stroked with a constant stream of photos and mentions (and your own musings), giving one a false illusion of fame and dominance. You might feel incredibly major within your Facebook world, but leave the house and see if that results in any serious notice in the real world.

As media keeps changing, I’ll continue to give mentions to those who deserve it, but from now on, they will come with a warning: “Beware. Taking this too seriously could result in a complete physical and emotional spiraling.” OK, take care. And did you see the piece on my apartment in the Observer?