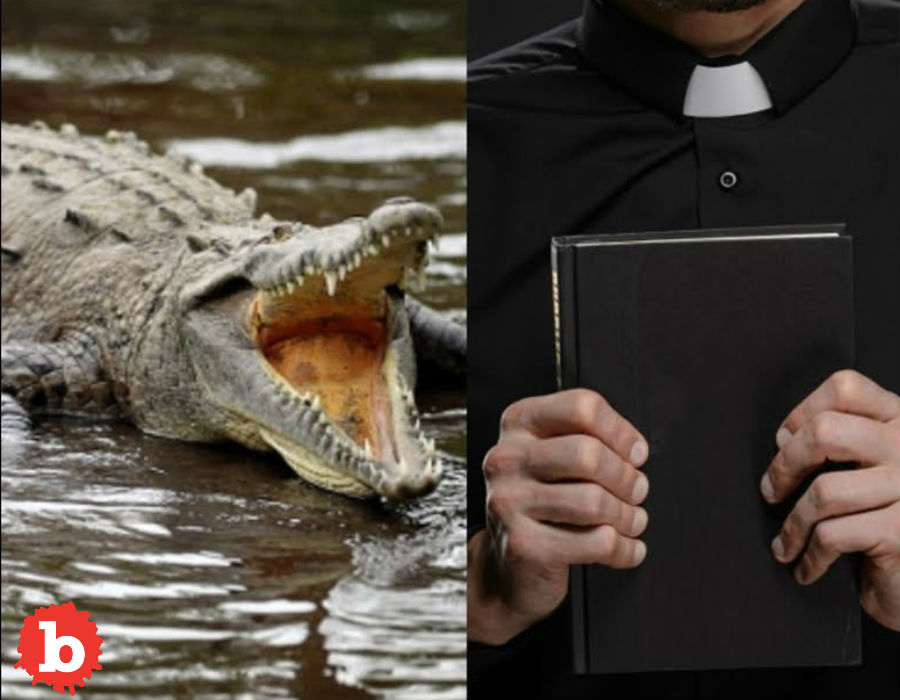 I come from a long line of protestants, so I’ve heard a ton of stories of crazy shit that has happened, especially in the early years of the United States.  There are even a few from colonial Texas, to boot.  But this story could only maybe have happened in Texas.  And I say that because of how random and absolute it is.  And no, I don’t think there are any crocodiles in the Lone Star State.  But there was one for sure in southern Ethiopia a couple weeks ago.  And that crocodile most surely came down from the Nile from olden-times.  Why?  How else do you explain why that crocodile killed that poor protestant minister, Docho Eshete?  Just bad luck at a baptism?  Well, ok.  Maybe.

Read More: German Police Hold Man Who Has Massive Snake in His Pants

CROCODILE LEAPT FROM HIDING AT LAKE EDGE, BIT PASTOR ACROSS LEGS, BACK AND HANDS

But that’s Old Testament level bad luck.  Eshete was conducting a baptism ceremony with a congregation (can you say that outside?) of about 80 people on the 7th day.  This was near Lake Abaya in southern Ethiopia.  The lake is in Arba Minch town’s Merkeb Tabya district.  But it was kind of old testament.  The crocodile literally leapt from the water where it was hidden while the minister was doing a baptism and attacked him.  The pastor died from severe wounds on his legs, back and hands.

One local resident, Ketema Kairo, said, “He baptised the first person and he passed on to another one. All of a sudden, a crocodile jumped out of the lake and grabbed the pastor.”  Fishermen and residents did all they could to save the pastor but were unable to.  They had to use fishing nets to stop the crocodile from taking his body into the lake.  They were also unable to stop the crocodile from escaping back into the water.  It must have been a sizable monster.