TheBlot Magazine has read this masterpiece of strung-together conservative buzzwords so you don’t have to. (Not that you would have or anything.)

Huckabee is out with a real winner this time with “God, Guns, Grits, and Gravy.” Two of those things, I’m guessing, are current stains on Huckabee’s pants.

If you were wondering, here are the amazon.com rankings at press time:

Judging from Huckabee, if there is one thing that he hates more than gays (had to be the fifth “G” in the book’s title), it’s popular culture. And you know what’s going to win him major points with the kids out there? Taking potshots at Beyonce. Try to make it through Huckabee’s unlettered rant:

“Beyonce is incredibly talented — gifted, in fact. She has an exceptional set of pipes and can actually sing. She is a terrific dancer — without the explicit moves best left for the privacy of her bedroom.”

“… Jay Z is a very shrewd businessman … but I wonder: does it occur to him that he is arguably crossing the line from husband to pimp by exploiting his wife as a sex object? … She must know that millions of young girls look up to her as a role model to emulate. And she even has a daughter herself now. So why has she done this?”

“With the first lady so concerned about making sure her daughters’ bellies don’t ingest unhealthy food, how can she let their brains ingest obnoxious and toxic mental poison in the form of song lyrics? If lived out, those lyrics would be far more devastating to someone’s health than a cupcake.”

The Washington Post went so far as to call Huckabee’s rant rather racist, prudish and just plain stupid. And I actually don’t think that of those charges are that farfetched. My problem with it is “pimping her out?” Does he not know the basic facts of Beyonce’s business enterprise? Has he ever seen a People magazine? She’s more likely to pimp him out.

But that’s not the most bizarre expert from Huckabee’s “book.” That has to go to the entire tenth “chapter” of the “book” called “Bend Over and Take It Like a Prisoner!” (His exclamation, not mine.) Don’t believe me? I’ve taken a photo of said chapter page:

OK, this is just offensive. This chapter is all about Huckabee, the TSA and government overreach. “Where else would I be ordered to stand still, put up my hands, and have my personal belongings taken and searched without a warrant or probable cause?” he asks of airports. “After years of this indignity, much of the flying public thinks little of it, and they usually don’t complain. They just dutifully stand there, bend over, and take it like a prisoner.” It goes on to be some scathing indictment of the IRS, Obama, blah, blah, blah.

What is it with the Christian right and their damn-near fixation with homosexuality? What is with Mike Huckabee and prison rape? Is this why his wife Janet sort-of has a prison-guard look to her? I’m guessing so. 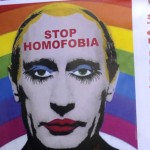 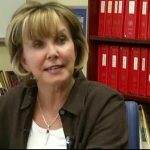