The past few years of blowups and brouhahas surrounding our controversial rape culture have also led to a number of proverbial light bulbs illuminating some entrepreneurial brains.

The result? A bunch of products have been hitting the market, designed to help women and non-cisgender individuals repel would-be attackers, alert help and keep them safer by getting to front doors and into cars faster. The question is, given some of the designs, do these feminized products attract and remind vulnerable people to carry them — or are they taking advantage of and even promoting rape culture? Could some of them even be dangerous in themselves?

For example, Blingsting, subtitled “Super-Sparkly Safety Stuff,” is a $22 pepper spray canister that is covered in faceted crystals. The idea is to be able to attach it to a keychain, dog leash or purse, so that it can do dual function as a stylish charm. It’s sold in the hundreds of thousands since it was launched in 2013, and while it’s made in eight colors, the most popular hue, of course, is pink.

The intention of the company is to encourage women to carry protection without feeling like they are arming themselves for battle. When I asked several teenagers what they thought, however, the response was mixed. Some were put off by the names of the various colors: red is “Hot Mama;” silver is “Trophy Wife;” and gold is “Golden Girl.” (A box of Blingstings is called “a buncha BS.”)

Catherine Valdez, a freshman at Columbia University, where recent graduate Emma Sulkowicz brought the discussion prominently into everyday life by carrying around the mattress where she was allegedly raped for a year (her supposed attacker was cleared of all charges), said, “Mace is not an accessory. It’s a weapon. Why would I attempt to make a product that women are forced to carry to protect themselves into a fashion statement? It’s a tool to prevent assault, not to spruce up your outfit.”

On the other hand, Jesse Stewart, a freshman at Marymount Manhattan College, prefers this product to other, more serious ones. “It doesn’t glamorize or commercialize rape as much as it makes discussing safety more ‘light,’” she said. “It adds humor and an element of fun that is missing from other self-protection products.” Stewart, who identifies as non-binary, adds that he would carry this anywhere — club, restaurant or store — as it is certainly accessible, the color makes it difficult to misplace, and the brilliance of it makes it less likely to be confused with other items.

Confusion, however, is a factor for other young people. “It reminds me of body mist or a Victoria’s Secret brand perfume,” said Genevieve Pereyra, a high-school senior from Miami.

Indeed, part of its potency could be that it looks innocuous. Certainly a date with unkind intentions isn’t going to assume that a vial studded with rhinestones is anything but a fragrance. Alternatively, though, toddlers and peers might not be so quick to pick up on the implications that this could be poison since it’s not marked as such and try it out for themselves before asking.

On a final note, the company’s other safety products, which include an alarm and a car hammer for punching out windows if you crash into water, are called the “Ahh!-larm” and the “Glammer.” The personal alarm is bedazzled like the pepper spray canisters; the window hammer is sleek in two colors, rose gold and white and especially appropriate for new drivers. Personally, I know my daughter would appreciate the Glammer a whole lot better than something that comes from Home Depot.

A bit less obvious, the Finders Key Purse is also pitched as “a fashionable, functional safety accessory,” said company president Sandy Stein, who was working as a flight attendant when she invented the gadget 10 years ago. Since then, she’s sold this little hook, which has an icon that hangs on the outside of your purse like a charm, more than 10 million times. Inside, the hook can attach to anything — your keys, pepper spray or a personal alarm with a flashlight. Stein is introducing the latter two items into the company’s stock this August.

The idea behind Finders Key Purse is instant accessibility. The U.S. Department of State recommends that for sexual assault prevention, you should “Walk to your car with keys in your hand.” Digging around your handbag and searching for them makes you vulnerable and less likely to spot a predator who may be keeping you under surveillance.

Partly thanks to her 21-year-old son’s know-how — he’s a criminal justice major — Stein is putting together the Finders Key Purse with pepper spray, the alarm/flashlight and what she calls “a matchbook of date rape sheets” that change color when dipped into a drink that’s been doctored with certain substances. This safety kit is going to be specifically marketed toward college coeds.

As I did with Blingsting, I road-tested the Finders Key Purse with teenagers and peers. Some teenagers didn’t find them to be fashionable enough to carry, although that may have just been the regular upscale mall-shopping sector I polled. As for my peers, we found that the hooks worked better on certain purses than others; it’s easier to dislodge the hooks from totes that fasten than those that zip completely, and pull-string boho bags are impossible. In addition, leather held the hooks better than other, more slippery materials. Hooking them on waistbands during runs also worked well, but were best utilized when only one key (or other item) dangled from the other side.

On the plus side, Finders Key Purse hooks are only $6.95, and the pepper spray and alarms are going to be priced at $9.95.

The jewelry equivalent of brass knuckles

If you want to take prevention to serious — and more earthy — fashion heights, and you’re willing to invest some coin to do so, you can check out jewelry designer Josette Redwolf’s Etsy shop.

Descended from the Choctaw and Chickasaw natives on her maternal side and Cherokee on her father’s, Redwolf mines and handcrafts meaningful gemstones and turns them into “statement rings.” Because these rings also cover several knuckles and frequently comprise some of the hardest materials found in nature, they’re also the jewelry equivalent of brass knuckles. You can wear them on the red carpet with your escort, then take him down if he tries anything with just one jab to the nose. Her designs have been featured in many of the top fashion magazines, though, so be prepared to pay at least $49 and up for such lovely protection.

Oddly enough, even safety products that aren’t meant to be seen are being bedazzled. For instance, Kendra Kroll’s PortaPocket — what she calls “a hands-free carrying case that girls can wear on themselves [to help] discreetly keep things like mace/pepper spray, small guns or weapons (knives, etc) handy … in questionable situations” — has a “bling” line. In other words, when you go on the website, you can view an assortment of these Velcro straps and pockets (sold separately, FYI, which means that a fully functional combination of the two runs about $25) that you can wear your thigh, ankle, arm or torso — and some of them do indeed have baubles and rivets and fleur de lis decorations on them.

Though PortaPockets do look handy for a cellphone, some credit cards, a passport, your license or cash, particularly if you’re attending a festival, going to the gym or traveling, I remain completely unconvinced, however, that you can stick a gun in these geometric shapes, unless, of course, it’s been made by some kind of a spymaster. And the pictures that show the woman wearing one under her bridal gown on her wedding day certainly do raise some questions. Cultural ones, yet again.

Despite the intentions behind these businesses, Kristen Martinez, an LGBT+ and women’s issues psychotherapist and National Certified Counselor in private practice in Seattle, admits the products make her uneasy. “The field of rape prevention tools shouldn’t be growing — it should be shrinking. What should really be happening is starting a conversation on the rape culture that is so real in this country and ways that we can directly combat that,” she said. “I understand the importance of personal safety and women’s (and some men’s) increased self-awareness of self-defense strategies and assault prevention tools, but I don’t see the need for products on the market that are above and beyond glamorous and feminine when the serious issue really has nothing to do with sequins or glitter.”

Megan Espeland, CMO of the Denver-based company Revolar, would certainly agree. “Our product isn’t stylish, it’s hidden,” she said. In fact, Revolar is a panic button of sorts that you wear under your clothes. It’s programmed with a list of emergency contacts, and once it’s activated, a message is sent to each person on that list. In addition, your location is updated every three minutes, so if you’re abducted, it’s like you’re wearing a personal tracking device.

Revolar was invented by Espeland’s business partner Jacqueline Ros, whose little sister was sexually assaulted twice before she was 17-years-old. Revolar is not yet on the market — it ships in spring of 2016 — but if you order it now, you can buy it for $20 less than the estimated $99 purchase price.

No, Revolar isn’t inexpensive; in fact, of all the products discussed, it’s the priciest. But it’s not as costly as your life or health or that of someone you love. If we can’t start a meaningful conversation about rape in this culture, and teach our children from the get-go that non-violence and respect for all is the answer, at least we can rely on technology to help out. 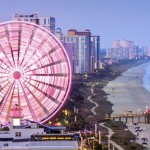 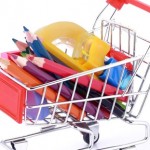