We’ll overlook the general issues of credibility when it comes to the incumbent’s history of not living up to his word when it comes to campaign promises. “Change we can believe in” didn’t exactly work out. “If you like your doctor, you will be able to keep your doctor.” Sure, you can keep your doctor. “We support constitutional protections and judicial oversight on any surveillance program involving Americans.” You get the idea.

Maybe there is one thing that President Barack Obama says that will actually hold water over the long haul: His use or abuse of the omnipotent “Executive Order” function in his Presidential Tool Belt of Destiny.

You see, a President can, with the stroke of his pen, create a new law of the land by presidential decree whenever he sees fit, very king-like power to wield over your 310 million more-or-less powerless subjects. This is called an “Executive Order,” and your president has felt justified in patting himself on the back for not abusing this powerful privilege. From USA Today,

“The truth is, even with all the actions I’ve taken this year, I’m issuing executive orders at the lowest rate in more than 100 years,” Obama said in a speech in Austin last July. “So it’s not clear how it is that Republicans didn’t seem to mind when President Bush took more executive actions than I did.”

So should you run out, get an American flag and sing from your porch “I’m Proud to be an American?” Well, not so fast there, bub! There’s more to this story than that.

A rose by another name …

While technically this may all be well and good, there is another power that President Obama does seem to be abusing, and it’s called the “Presidential Memoranda.” Call it a study in Commander-in-Chief semantics. The presidential memoranda has been used or abused by President Obama just as much as he has used the executive order over his six years in term. And it is a virtual mirror image of the executive order in an effective function of his governance. He can do all the same this with one that he can do with the other, and no one can stop him!

It’s good to be the King, I mean President.

The graphic above shows how much Obama has used or abused, said powers over his time, continuing a disturbing upward arc in unchecked presidential decrees. Keep in mind his term is about 3/4 fulfilled, so the comparisons are with presidents after full terms (some are one-term, some two-terms.) Many Americans had never heard of such a tool until President Obama unleashed it upon the Land of the Free.

This is a “red flag” filled with bad precedents to set, now, and in the future. In effect, Obama’s not curbing his use of these special powers, he’s doubling-down on them. I’m sure we all trust him to use these special powers responsibly and to protect every American’s right to life, liberty and the pursuit of happiness. Have no fear. The Presidential Power of the Pen is here. And he’s not afraid to abuse it … shouldn’t we be? 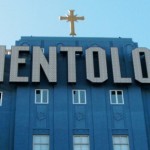 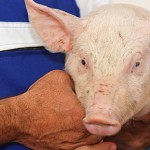