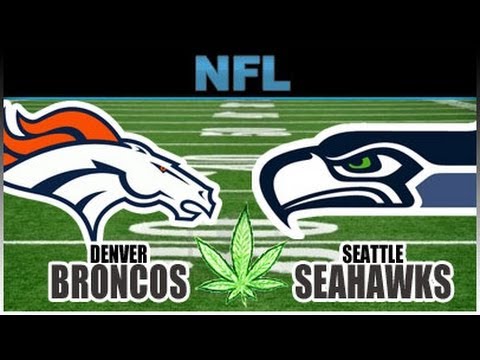 A pro-marijuana advocacy group is taking full advantage of the fact that both Super Bowl teams hail from states with legalized pot.

The Marijuana Policy Project, a Colorado-based pot advocacy group, has paid for at least five billboards around the super bowl stadium. The billboards call for the National Football League to change its attitude toward marijuana.b

“Marijuana: Safer than alcohol and football,” one of the billboards reads, while another questions why the league punishes players who indulge in the Mary Jane.

“If it is okay for athletes to douse each other with champagne in front of the cameras, it should be okay for them to use marijuana privately in their homes,” MPP’s Director of Communications, Mason Tvert, wrote in a statement.

New York City’s WPIX-TV reports the group plans to present a petition to NFL Commissioner Roger Goodell on Wednesday urging the league to change its policy toward pot use by players. According to WPIX, the petition had 12,000 signatures as of Tuesday evening.

Goodell has previously hinted that the NFL could reconsider its stance toward pot for treatment with head injuries.

“We will follow medicine and if they determine this could be a proper usage in any context, we will consider that,” Goodell said, according to Fox Sports. “Our medical experts are not saying that right now.”

Seattle Seahawks coach Pete Carroll went a step further, calling upon the NFL to explore how pot could be used in the treatment of pain-related to sports injuries.

Kid Goes Trick or Treating, Brings Back Crystal Meth, How?

“I would say that we have to explore and finds ways to make our game a better game, and take care of our players in whatever way possible,” Caroll said, according to AFP. “Regardless of what other stigmas might be involved, we have to do this because the world of medicine is doing this.”

Current league policy prohibits the “use, distributing or possession” of marijuana. In 2012, a spokesperson for the NFL said despite shifting attitudes toward marijuana — specifically in Washington and Colorado — the league would not change its policy on pot.

Why Do We Really Hate Millennials?

The Seahawks are set to take on the Denver Broncos on Feb. 2 at Super Bowl XLVIII in New Jersey. The state is one of 20 that allows marijuana use for medicinal purposes. 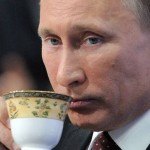 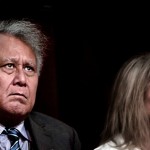